“Being from Italy and doing what we do - we are outsiders” reckons Luca Giovanardi, a founder member of Julie’s Haircut, whose always incendiary yet increasingly outlandish sound has found itself with few parallels in their homeland since their inception towards the end of the last century. Yet in following their own singular pathway, the band have arrived at the deep-end approach to sonic innovation audible on their debut release for Rocket Recordings, ‘Invocation And Ritual Dance Of My Demon Twin’, which finds them at a plateau of small-hours elucidation and revelation that may summon the spectres of the wayward squall of Mercury Rev, the shamanic allure of Dead Skeletons or the wild soundscapes of Amon Düül II to some, yet essentially sounds like no-one but themselves.

Inspired by the methods of Can and Miles Davis, the band follow intuitive processes to transcend notions of classicism, genre and contemporary reference, somewhere in motion along the pathways of the consciousness-expanding psychedelic continuum without paying lip-service to its well-worn signifiers. The result is a record built on trance-like repetition that builds to mantric intensity to summon atmospheric plateaus redolent of the psychic and surreal transgressions of its title - a double-helix tribute to both Frank Zappa and Kenneth Anger.

As Luca elaborates, "For me, if anything, psychedelic music has always been about adventure and loss of any safety net". Rest assured, 'Invocation And Ritual Dance Of My Demon Twin' offers no such security at all. 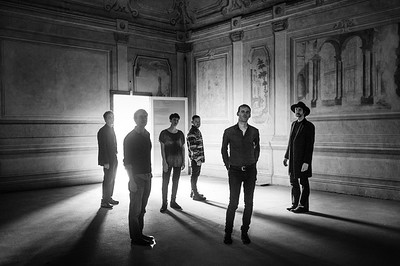