18+ event.
--
You can’t start a band called Cocaine Piss and be serious at the same time, can you? It would be the equivalent of naming your kid something like Kick Me In The Head Throughout Life Whenever Possible Smith. It’s not exactly the best commercial boost to a new thing. But ever since coming into twisted existence in 2014 in the Belgian city of Liège, pretty much as a bad taste joke, Cocaine Piss never really had time to consider such fine details, like having a band name that you can safely say in public, or just having any kind of plan for anything. They just revved the engine of the piss rocket and watched it launch, and before they knew it, it was flying sky-high.

Pretty soon the band became an important name in the Walloon alternative rock scene. Not because they held serious meetings with important people, or because they meticulously traced a conquest schedule on their spreadsheets. No, the band’s method has always been showing up and whipping up a chaotic mess with their high octane blend of punk and noise that’s all over within 20/25 minutes. It’s like Dead Kennedys, Bikini Kill and Melt Banana all playing at once while really high on their namesake substance, right up until the venue cuts the power and everything’s suddenly over, leaving you euphoric, disoriented and punching walls just for fun. The atomic energy of their hit and run shows inevitably started to get some attention from bookers and press within the splash zone of Flanders and the Netherlands and so, like a crass joke that you can’t stop from spreading, Cocaine Piss started to spread their fluffy wings across Europe too.

Those that were there when they were unleashing their first whirlwinds of snot and pee might have thought it was unlikely to get even more savage, but over 400 gigs all over Europe will have an effect on a band no matter how good they are to start with. Leaving stink bombs from Norway to Portugal, from Lithuania to the UK, from enormous outdoor summer festivals to squats and tiny basements and everything in between, the Cocaine Piss live precision bomb is now fully refined and of greater impact than ever before. Not only that, but their own sound has also grown in the process. The initial boundless energy is still there and then some, but like toilet paper rolling across the floor, all kinds of other nasty things have started to stick to them. Strands of fast hardcore and 80s noise rock (think Mudhoney, Big Black) have rubbed their nasty little heads on the newer songs and made them all the more furious. Also, there is one fan in particular whose attention they’ve attracted that has turned out to be very important – a certain Steve Albini, with whom they have now recorded two full-length (which, for Cocaine Piss, means around twenty minutes) albums, The Dancer and Passionate And Tragic. We’re sure that wearing their t-shirt while winning a World Series of Poker event worked as a lucky charm for him.

Cocaine Piss is also a great example of the many things you can accomplish while not being an asshole. Their music might be nasty, provocative, dirty and mean, but their message is always a positive one that should leave a mark as deep as their riffs will cut. Gender equality is the main thread in their work, and they always make it a point to collaborate with young and promising people. The art director chosen to take care of all the visual aspects of this latest release (album cover, photography, videos) is Laetitia Bica, who earned her stripes in the fashion business. As you could already see by the My Cake video, she has fully embraced the colourful rainbow, diving deep into the Cocaine Piss universe. Together with Thierry Tönnes she took care of all visuals that will accompany the sonic chaos.

All of this in just five years, and yet, it feels like they’re just beginning. With an unwieldy bunch of dates already announced, where will Cocaine Piss point their unstoppable yellow stream next? We don’t know, but we’ll love being there when it happens. Stay tuned, stay wet, stay alive!

2.
Cocaine Piss is a unique punk band from Liège, Belgium. Although aiming for simplicity, Cocaine Piss’ style is fast and effective, aggressive but loving, like being asked out on a date in the middle of a speedway, giving you a one time opportunity to throw out your quickest dance moves. See you under the disco ball !

3.
Should we get into detail? Or should we let you just explore it without spoilers? Because there should be no need otherwise to convince you to check out this band with fancy words and jokey analogies. Them's the facts - they're called Cocaine Piss, first of all. Also, they recorded this slab here with Steve Albini, and then he mixed it too, so he didn't completely hate it, and he's Steve Albini. Besides, they're from Liège, where the crust punk lineage is strong ever since Hiatus messed things up.
If none of that works to excite you, check your pulse, and then just press play. You'll be carried away on a yellow stream of pissed off, high energy punk, short blast after short blast of devastating, messy riot grrrl savagery gone very wrong, or very right, or both at the same time. If Melt-Banana had been on Amphetamine Reptile in the 90s and fed a constant stream of spiked energy drinks – with the occasional sugar crash, like those maniacs in slow-motion that are the title track or 'Average Romance' –, they might have sounded something like this. Apart from the lyrics, of course. Those are very much 2016, strong statements about gender equality often hidden beneath a superficially silly and funny appearance. Yes, there are songs here called 'Cosmic Bullshit', 'Shiny Pants' or 'Black Speedo', but just like all the best things in life, there's much more underneath the crust (pun intended!) of Cocaine Piss than meets the eye.
Like a puddle of shiny vomit or a suspicious stain in the wall shaped like some religious figure, Cocaine Piss are as nasty as they are fascinating. The more you want to look away, the more you're forced to keep staring, the more your brain says shutdown, the more your body throws awkward dance moves, fully entering the glittershitstorm, still the band's favourite word and still the best way to describe them in less than a second.

4.
Cocaine Piss have been shacked up with Steve Albini in the last couple of weeks recording their first album, a fact that should tell you something about them, but it doesn’t tell you everything (they had a recent demo called The Pool that you must acquire instantly).
What really is telling is their short discharges (pun sort of intended) of brutish punk rawness, the bad vibes of their so-terrible-they’re-awesome lyrics, and the boundless energy they employ while they go all Melt-Banana on your silly preconceptions of noise (rock?) – or even the term they employ to describe whatever it is they do: glittershitstorm.
Yeah, those will tell you everything if your ears hold up, they’ll tell you that Cocaine Piss are the sort of people your mom’s warned you about. If there are still doubts, you can creep inside the Cul de Sac when they’re playing, if the place itself holds up too. With demolishing crews like Herder and this bunch of off-their-heads Belgians raising hell inside, we can’t promise anything.
Source: http://www.roadburn.com/2016/02/roadburn-2016-herder-cocaine-piss

5.
Filthy punk from Belgium
Got a minute? That’s all you’ll need, because Cocaine Piss are right here all up in your face already, and the musical forecast predicts a glittershitstorm originating in Liège, so we don’t have much time. A minute is all you’ll need for each Cocaine Piss song anyway. Short, dirty punk bursts where Melt-Banana collide messily with noise rock, right? That’s what you get when you mix people from different bands who don’t all like the same shit. It’s a mess that’ll get in your head quickly, though, and a mess which provides the violent musical basis for their badass singer to ponder her highly philosophical questions, as you can imagine from song titles like ‘Pussy’, ‘Fuck This Shit’ or, well, ‘Pigeon’. Even the harmlessly titled ones like ‘Waiting’ are nasty. Liège hasn’t had a problem like Cocaine Piss since it spat out crust punk legends Hiatus, so you’d better get used to lines like “I just want to piss on your very lovely garden. It’s deeper than you think, but not as deep as you think. Whatever, if you think too long, they’re gone, so don’t think, just throw your sickest dance moves and try to survive the Cocaine Piss glittershitstorm.
You won’t be alone in that quest, you know. The great Steve Albini himself had the misfortune of subjecting himself to this first demo (of which there are 200 copies on black vinyl and 100 on piss-yellow vinyl, for that extra uriney sound) and he will be recording the band’s first proper album come February and probably regretting it days after. Things go fast in the world of pee-music, so in spring 2016 you’ll have something to listen to already in case you’re sick of the demo by then.
The full-length will come in September. It’s going to be a pissy year.
Source: http://www.maximumvolumemusic.com/

6.
Cocaine Piss is a four piece band from Liege, Belgium who formed in 2013. Cocaine Piss play a killer style of snotty, tense, and frenetic sounding female fronted hardcore, punk. Musically, Cocaine Piss can be loosely compared to bands such as Whore Paint, Shoppers, Libyans, and Foreign Objects. Since forming in 2013, Cocaine Piss have released a self-titled six song demo in 2013, a three song demo titled Sex Weirdos in April of 2015, and are about to release a new 7" titled Cosmic Bullshit later this June. The Pool is the band's debut full-length LP, which was released via In Dogs We Trust and Hypertension records on February 17th, 2015. On The Pool, Cocaine Piss offer up twelve tracks of tense and frenetic hardcore/punk. Overall, The Pool is a killer record and should not be missed. Great stuff. Enjoy! 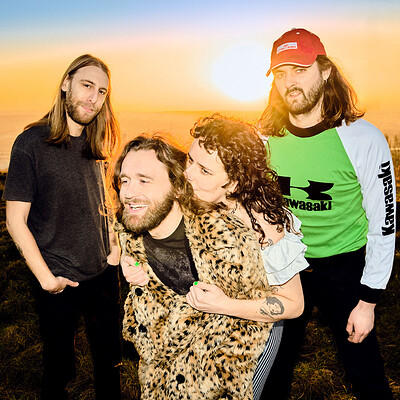