An outline of Vox Low’s history: some Parisian disco and punk fans who took their shot as Think Twice during that hysterical period of Parisian ‘French Touch’ in the early 2000s. This movement, then marketed as an unprecedented musical revolution in the country of baguettes and saucissons, turned out to be no more than a bling swindle worthy of Christophe Rocancourt : whatever you do, the bourgeoisie will always get by fine in the end. In spite of its sound credentials, Think Twice’s music did not find any resonance at the time.

After having been the heartthrobs of Andrew Weatherall (whom they’ve remixed), after being remixed by the black angel Ivan Smagghe, after releasing maxi-singles on Jennifer Cardini’s techno label and on the brilliant Evrlst, Vox Low is now turning up on an insolently rock’n’roll label. Which is just logical, being one of the few bands able to stylishly surf between 60s rockabilly influences and cold, minimal techno from around Cologne or Berlin’s Zoologischer Garten Station.

Vox Low delivers the record nobody expected anymore, one that captures the spirit of the world in motion, for the attention of a crowd of social rejects who have one knee in the gutter but refuse to surrender to the prevailing cynicism. A dark, poisonous, nihilist and erudite piece of work for those who worship Primal Scream’s “Screamadelica” and Gary Numan, who stand in line at the Berghaim with their pockets empty but their heads full of ideals. 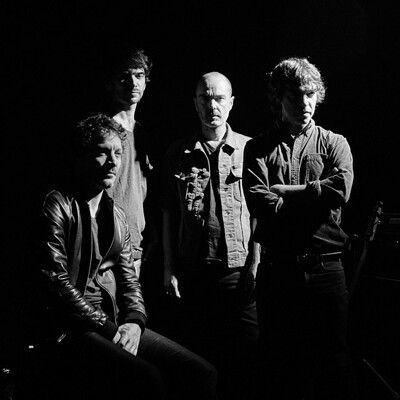