Bristol Skeptics in the Pub presents a talk by Stephan Lewandowsky

How do we stop the spread of misinformation?

The psychologist’s traditional answer is to target individual cognitive failures such as poor reasoning. Stephan Lewandowsky argues this is no longer enough. The problem must be viewed in the wider context of inequality, polarization, fragmented media and distrust in science.

Stephan advocates for IT architectures designed with cognitive principles in mind. Such “technocognition” systems will encourage the sharing of truth and discourage the spreading of lies.

Admission is FREE but during the interval we asks for donations. This is to cover speaker expenses and social media fees. If you cannot afford to donate, please do not! If you can, £3-£5 would be greatly appreciated.

Venue: Smoke and Mirrors, 8 Denmark Street
Two-for-one pizzas available from the bar!
10% off all drinks!

If you would like to see some magic before the talk, close-up magicians will be performing tableside in the bar from 6:30pm.

Stephan Lewandowsky is Chair of Cognitive Psychology at the University of Bristol’s School of Experimental Psychology. His research focuses on the public's understanding of science and why people often embrace beliefs at odds with scientific evidence.

He was Associate Editor of the Journal of Experimental Psychology: Learning, Memory, and Cognition from 2006-2008 and was an Australian Professorial Fellow from 2007 to 2012. Stephan was awarded a Discovery Outstanding Researcher Award from the Australian Research Council in 2011.

Until early this year he was digital content editor for the Psychonomic Society, a global organization for researchers in Experimental Psychology founded in 1959.

He has a bachelor’s degree from Washington College and an MA and PhD from the University of Toronto, and is the recipient of the Royal Society Wolfson Research Merit Award.

In 2015, Professor Lewandowsky was elected a fellow of the Committee for Skeptical Inquiry (CSI), an organization which arguably started the modern Skeptical movement. 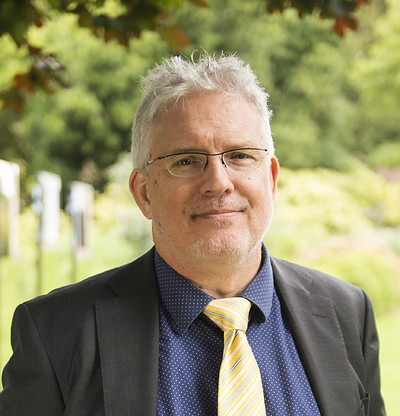