Beach Riot were born when guitarist/vocalist Cami Menditeguy made the decision to up-sticks and move halfway across the world to East London from her home country of Argentina at just 18.

Desperate to front her own band, living on a remote horse farm alone was no longer an option; so, to raise funds for the move, Cami made her flight money by gambling on horse races. Meeting fellow guitarist/vocalist Rory O’Connor at a show in East London—and finding a shared love for ice-cream, weird guitars,PJ Harvey, Mudhoney, 4am mozzarella sticks, dark comedy, dungeons and dragons, and Brighton beach hangover fry-ups—at last Beach Riot were born, and the gamble had paid off.

Following the bands signing to Alcopop! Records in early 2020, Beach Riot have gone on to release a
number of singles, and are currently recording their Debut Album due for release June 2021.

Press support from Kerrang! Magazine, CLASH, MOJO, The iNewspaper, Louder Than War and LOUDER has been bolstered by a #12 spot on the Amazing Radio Chart, an evening playlist addition from XS Manchester, plus key radio spins from Huw Stephens and Daniel P Carter at BBC Radio One, John Kennedy at Radio X, BBC Scotland’s Vic Galloway, Total Rock, legendary US station KEXP, and
BBC introducing. 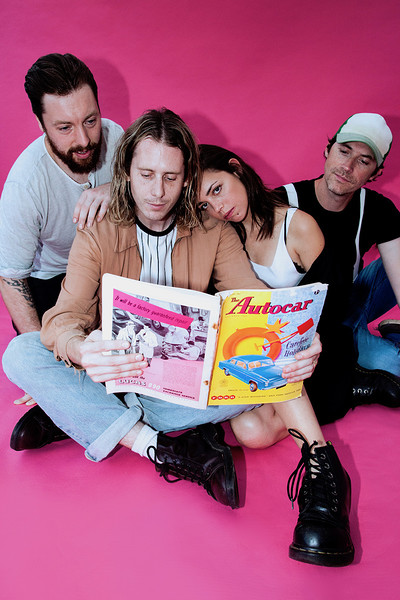