18+ event.
--
TUYS is a four-piece band established in Luxembourg and now based in Berlin, creating driving indie rock and emotive psych pop music with chiming guitars, synths, and wide-ranging vocals in three-part harmony. The band also heavily focuses on visual art and navigates on the threshold between fiction and reality with a satirical edge.

Quite impressively, TUYS first TV appearance was at thirteen and their first Rockhal gig at fourteen. Even in the beginning, with their first EPs “People” (2012) and “Carousel” (2015), the band displayed confidence and fervour and projected a wide-eyed charm that’s very endearing. So, it came as no surprise that they soon began building their fanbase also through their engaging performances at festivals like Reeperbahn Festival, MS Dockville, The Great Escape, Sonic Visions, and Rock-A-Field.

The release of “A Curtain Call For Dreamers” series came out in 2020 as the band’s creative manifest, an audiovisual project through which TUYS explore a hooky dance-rock and a genre-bending pop aesthetic with a lush psychedelic twist, combining reality and dream, both in their sound and lyrics.
The album consists of five songs/episodes with witty songcraft and deft arrangements, all winking at futurism and surrealism, both musically and lyrically, while also wallowing in warped dreams painting odd cinematic soundscapes, starring peculiar characters.

Following “A Curtain Call For Dreamers” and their appearance in the digital version of Eurosonic 2021, TUYS have announced their cooperation with three new partners on the live side: Echelon Talent Agency (UK), Friendly Fire and Intersection (Netherlands and Belgium).

TUYS are currently working on a new album while crossing fingers to be touring again soon. 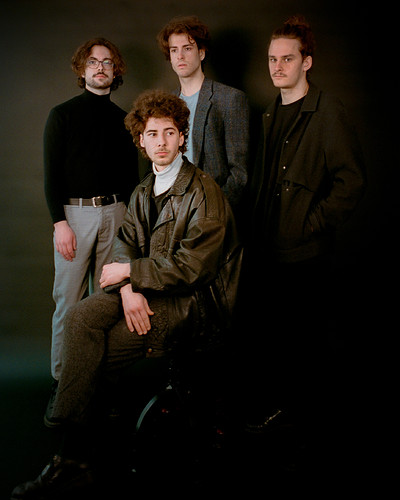