— The Thunderbolt
A night of fun, frollicks and chaos from the wonderful Otway!
time:19:30
price: Tickets Below

Rock veteran Otway dubbed himself "rock'n'roll's greatest failure" after many unsuccessful attempts to produce a second hit single to follow his 1977 classic (Cor Baby, That's) Really Free with Wild Willy Barrett. However, a mere quarter century later, he was back on Top of The Pops with the wonderful disco pastiche, ‘Bunsen Burner’ and back in the charts as a birthday present from his adoring and patient fans. And, more recently, his "Beware Of The Flowers Cause I'm Sure They're Going To Get You Yeah" voted the seventh greatest lyric of all time in a BBC poll.

John Otway and his hard hitting band attack his favourite set list with gusto, leaving plenty of room for anarchy, fun and acrobatics that are his trademark. 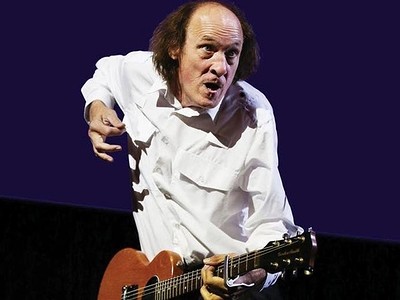