The Magic Lantern is the musical moniker of British Australian musician Jamie Doe. ‘To The Islands’ is his stunning third album released on 2 November 2018. Drawing on a wide range of influences from folk, jazz and contemporary music, The Magic Lantern is an artist dedicated to remedying the anxiety and fear present in us all. ‘To The Islands’ was written following a tumultuous journey to Jamie’s childhood home in Australia after nearly 10 years away, and explores memory and hope in a world of near constant uncertainty. It draws on a wide range of sounds and textures from folk finger picking to pulsating grooves; lush string quintet lyricism to narcotic late night saxophone jams; and a Mark Hollis-esque talent for leaving space around the vocal, all united by Jamie’s instantly recognisable voice and inimitable song- writing style. He has received praise from numerous supporters including BBC Radio 1’s Huw Stephens, BBC 6 Music’s Guy Garvey, Lauren Laverne,Gideon Coe, Tom Robinson, BBC Radio 3’s Late Junction and BBC Radio 2’s Jamie Cullum, Mark Radcliffe and Bob Harris among others; and publications such as The Guardian, Acoustic Magazine and Atwood Magazine.

The Magic Lantern is part of a thriving scene of genre bending contemporary musicians in London who are going about things their own way. Over the past three and half years, The Magic Lantern has toured the UK supporting acclaimed folk artist Sam Lee, sung with Jamie Cullum at the BBC Proms and as a guest vocalist with Sikh virtuoso Manika Kaur in Trafalgar Square. He has performed for the Queen and over 50 Commonwealth Heads of State, sung in the Sussex Woods with nightingales and recorded in Abbey Road Studios as part of the Help Musicians UK ‘Music Minds Matter’ campaign. 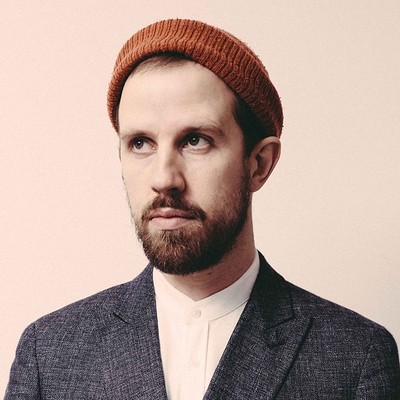