Abi Clarke is an act that is going places! From hilarious live stand-up to her viral online sketches, catch her now before she’s off touring the country with her own brilliant brand of comedy. As seen on Sky’s Dating No Filter.

Peter is one of the most sought after upcoming acts on the circuit both as an MC and an act. His mix of Asian and Irish descent, alongside his very likeable stage manner, makes him one of the most unique acts around as well as very funny. Watch this space, one for the near future on your TV’s. 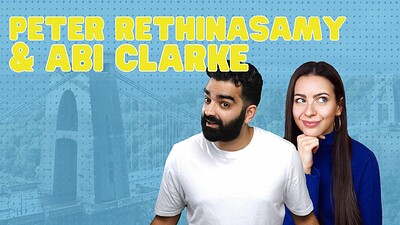