Before I am Lost

March 1919. Imagist poet Hilda Doolittle feels the first pangs of labour. She has been through this before, but things are different now: this child is not her husband’s. Convinced that the birth will claim her life, Hilda makes a frantic final confession to her unborn daughter.

As she relives the blossoming and breakdown of her relationship with husband Richard Aldington, the discovery of her poetic talents and the fight for recognition amongst her male peers, and the moment she met the woman who would change her life, Hilda must find new resolve to live.

One hundred years after the birth of H.D.’s daughter Perdita, Beatrice Vincent’s new monologue pays tribute to an unjustly forgotten talent. Before I am Lost celebrates queer female creativity and the bond between mother and daughter.

Before I am Lost premiered at the Etcetra Theatre in August 2019 as part of the Camden Fringe. 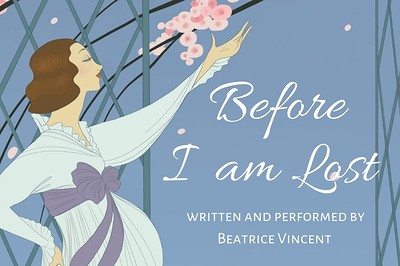