— Parties and Events
From huge clubnights and Alfresco Disco NYE to pub back rooms this is the essential new year's events list.

Around mid November every year the same question is on everyone's lips - what's on in Bristol on New Years Eve? This page aims to answer that question and provide complete listings for New Years Eve events in Bristol.

In Bristol there's a whole wealth of exciting nights out on New Years that frankly aren't available the rest of the year, with this in mind plan your night carefully and remember that tickets for popular events sell out fast. Unique options for what's on Bristol new years eve are all listed below. Bristol's biggest venues like to really up the anti with venues like Lakota and Motion turning out some of Bristol's most spectacular club nights to date.
Bristol's best bands also work their balls off, missioning around the city playing multiple new years eve gigs. Unlikely buildings and pubs become one-off venues - booking bands, selling tickets (typically around £10) and welcoming ridiculously late licenses. Refreshingly it's these pubs that can provide some of the best live music and intimate atmospheres to be found in Bristol on NYE 2015. This is the most complete run down of whats on in Bristol on the 31st December 2015 this side of the Bristol suspension bridge.

Rotting electro-grindcore that somehow scared its way onto the Sub Pop roster (they eat Father John Misty for breakfast). DUMA is the sound of the earth vomiting. RIYL: Gabber Modus Operandi, Fuck Buttons remixing Nyege Nyege. Presented by Damnatio Memoriae & BLG Promotions. DUMA at The Lanes.
Whether creating the soundtrack for the Scarlett Johansson-starring sci-fi thriller ‘Under the Skin’, being sampled on Kanye albums, or performing alongside Coby Sey and Brother May as Curl, Mica Levi is a contemporary musical genius. Here, their latest group compositions are performed by an ensemble in the atmospheric St. George’s. An intimate performance of new group compositions by Mica Levi #BristolNewMusic Mica Levi star star star + more at St George's Bristol.
4:4 fans on the fence, you’re in luck - get pummeled by Saoirse’s wicked take on house. A 250 cap, 5am licence and mysterious basement location make Club Blanco NYE no-brainer saviours. Club Blanco NYE Club Blanco NYE w/ Saoirse, Daisy Moon ++ at Secret Location.

I'm always blown away by the scale of the lineups curated by Bristol's promoters over new years. Laurels are not rested upon and all the stops are pulled out. Motion's consistently immense new year's day line-ups are, without douby, some of the best this city has ever seen. But for many people, the ideal NYE in Bristol is a small party with a handful of their closest friends. Bristol promoters are well aware that small can also be beautiful, so we've listed 5 of the smallest NYE parties in Bristol below: 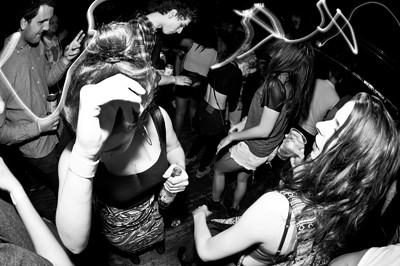 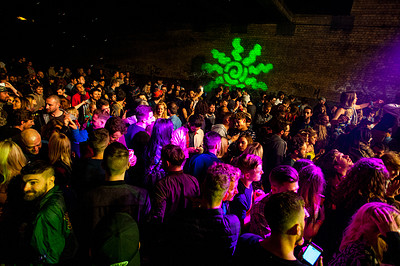 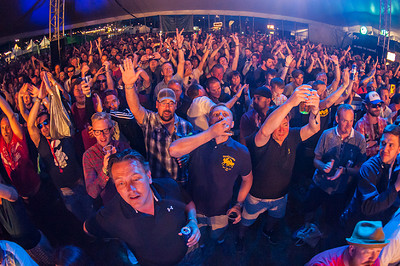 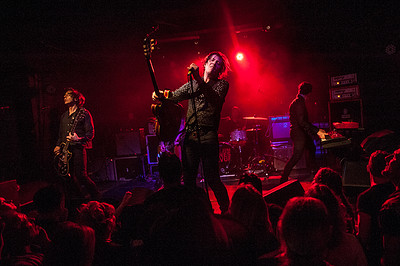 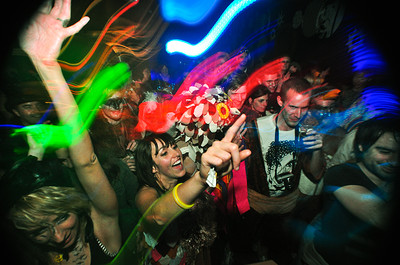 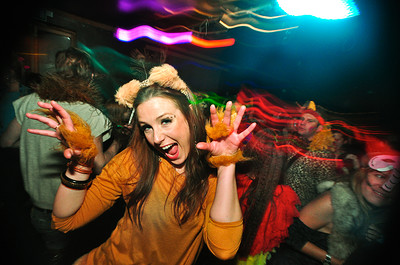 You have been invited to a hidden rooftop NYE party in the heart of Bristols Old City. This years Blind Tiger party will be taking inspiration from Studio 54, one of the best-known nightclubs in the world, formative for its role in the growth of disco music. Come and celebrate the arrival of 2022 in the true Blind Tiger fashion! This years party will feature Live DJs, Cocktails, Canapés and the Blind Tiger Casino will be returning bigger and better than before.
Studio 54, the Manhattan club revered by every 70s socialite worth their salt, was a treasure trove of luscious lamé and glitzy get-ups. This NYE we’ll be turning the Mr Wolfs Rooftop into the glitz and glamour of New York's most famous club. First opening its doors in April of 1977, it had one rule: “Anyone who was allowed in was totally free inside.” While there was no prescribed dress code to attend the club, more was always more!
20:00 - 02:00 // Asian Hawk will be ringing in this New Year with the finest selection of Disco, Funk, Motown & Soul. He’ll be taking you through a variety of ages and genres as 2022 rolls round and the clock strikes Midnight! For those who simply can’t get the boogie out of their woogie we have a 2am curfew and plan to use it! Whether it's a final old fashioned by the fire or busting that final groove, we’ll be there until the fat lady sings...
MC Yallah is a Kenyan artists based in Uganda, and an affiliate of the big Nyege Nyege crew. Her fierce and intense lyrics are drawn from real-life experiences and often address women’s issues, spreading a powerful message of integrity and self-determination. Her lyrics are delivered in a range of languages including Kiswahili, Luganda, English and Luo.
Bassline Remedy is back for our first night of the new year! January 29th...enough time to get over those NYE celebrations and back in the rave cave of Cosies.
SHOW CALENDAR