Amber – just out of school, enjoys life, double sambucas and boyfriend Paul. Then the “indigestion” starts.

Lorraine – attacks a customer at work and now sees a ‘head doctor’. She’s told to do one nice thing for herself each week – so salsa classes it is!

Kay – finds life frustrating; her husband Gem is ailing and she’s missing more than his conversation!

“LITTLE GEM” was the winner of the Fishamble New Writing Award and the Stewart Parker/BBC Drama Award at the Dublin Fringe Festival in 2008. In 2009 it won the Carol Tambor Best of Edinburgh Award.

“delightful... a play that, like its characters, gurgles and giggles with life even in the face of death” - Guardian

“a blazing authenticity” -The Times

“Made me laugh and cry with pleasure... It's a blast” - Time Out

Tawdry Lace Theatre are returning to the Alma for their fourth production following their critically acclaimed productions of ‘The Cocktail Hour’ by A R Gurney (2017) the anti-pantomime 'The Night Before Christmas' by Anthony Neilson (2016) and Giles Havergal’s adaptation of Graham Greene’s 'Travels With My Aunt' (2015). 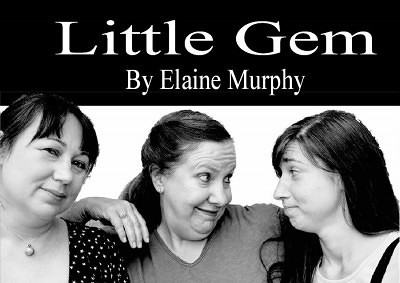