This double-bill of short plays explores the brightest and darkest moments of 20th Century history through two tautly written and gripping dramas. It will leave you questioning the nature of power and asking how our political beliefs can really change our lives - and the world.

Based on true events, and untold stories, these are the Tales from Star City.

​The Soviet Union. 1967. The Space Race is at its height. One woman, Polina Semyenova, is at the centre of it all. She is the listener.

​Hidden away in the pithily named ‘Closed Military Townlet No. 1’, Polina looks back on her dreams of being part of the great Communist movement, during one of the most dramatic decades of the Cold War.

​Join Polina as she reaches for the stars, and journeys through some of the brightest and darkest moments of the Space Race.


The Letter of Last Resort | By David Greig | Presented by PlayGC

It’s late on the night after the general election.

The new Prime Minister is working when she is interrupted by a request - a letter needs to be written, by her alone. It can only say one of two things, but its implications could change the face of the earth forevermore… 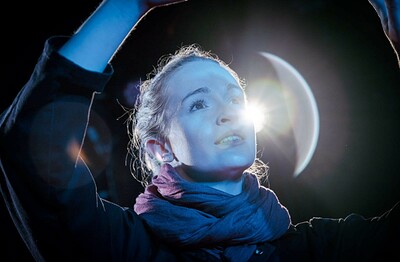