— Alma Tavern and Theatre
These two plays are both set in one bed. And they're both about love, well sex actually, but both very different.
time:20:00
price: 12.00

Ratchet Theatre's 1 BED, 2 PLAYS are two plays that go very well together; they’re both set in one bed. And they’re both about love. Well sex actually. But in very different ways.

Taking the form of a series of monologues which eventually converge on each other, FREAK by Anna Jordan tells the often painfully frank stories of Leah and Georgie as they come to terms with their sex lives.

Georgie is 30 and in a downwards spiral, having just quit her job, broken up with her long-term boyfriend, and taken a job at a strip club. Leah is 15 and is nervously anticipating her “first time”, and spends her time practising different sexual positions on the double bed which the two share.

AFTERGLOW - by Eric C Peterson is not as intense as Freak and is written as a comedy. Though for those who might have been in the protagonists’ position it might not be that funny. Called simply “a man” and “a woman” the couple find themselves in bed together through circumstance. Although the woman appears to hold the experiential high ground the couple repeat the situation several times more, each time the passion becoming less evident and the boredom factor increasing. 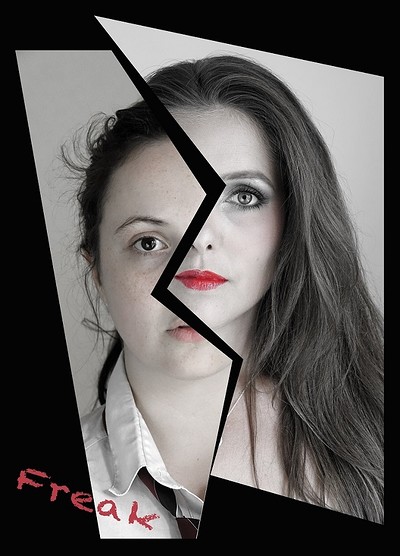