— Anson Rooms
Explosive Improvisational Hilarity throughout the night, with a dash of Ethnic flare that will leave the audience in fits of laughter… espec
time:18:00
price: See event details

1 to One Events Present
Basile: UK Tour
1st EVER PERFORMANCE IN BRISTOL

From the moment Basile takes the stage, the lunacy begins! His show has been described as “walking through a hall of revolving doors ways that lead to a series of unconventional situations that leave the audience in fits of laughter”! From family situations involving his ethnic background to whatever is happening around the world, then throwing his characters and voices in the mix, will saticfy the young to the very old! So Spice Up your comedy pallet with a
“Pinch Of Basile” for an evening of hilarity that you won’t soon forget!

Basile has been busy with his personal appearances and developing programming for cable TV. Basile has entertained millions of comedy fans in the United States, Canada, Europe, Australia, and Africa. Basile’s unique blend of material, improvisation, and characters has made him one of the most sought after comedians in the entertainment industry today. Basile's general audience show, "Dysfunctionally Yours" World Tour, is currently touring to sold-out audiences throughout North America. Basile’s diversity in entertainment continues as he stars in his critically acclaimed series, “Growing Up Greek in America.” This comedy series is spoken in Greek and English and to date has sold over a million copies and is distributed worldwide.

Basile’s voices and characters have been heard on Armed Forces Radio, Television, and Syndicated Radio as the voice of: "The God Father Of Soul, James Brown" in North America, and his comedy segments on XM/Sirius Satellite Radio. Basile has over 100 television appearances throughout the world, including: HBO, Showtime, Comedy Central, A & E, and the Tonight Show on NBC to name a few. Basile is also known for his voice work as Universal Studio’s Bullwinkle J. Moose, as well as for the Cartoon Network and many Japanese Anime series. Recently, Basile was recently nominated for an EMMY for his work on ESPN’s “30 for 30” series segment, “The Legend of Jimmy the Greek”, as the voice of Jimmy “The Greek” Snyder (Syionidis).

"His material was brilliant! It takes a true talent to connect to people without using words! Just an unbelievable show!"
GreekCity.com.au
(Australia)

"Basile is a lovable nut, not nasty! He has a special comic presence and a real talent for creating a character!"
The Cleveland Plain Dealer

Age restriction 14+. Please note all 14-17 year olds must be accompanied by an adult. 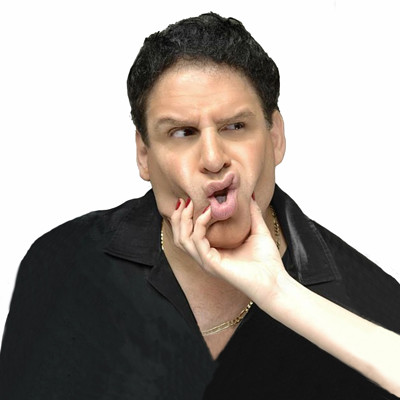