Billed as “the greatest airplane thriller ever filmed”, The Flying Ace was the project of filmmaker Richard Norman (Regeneration) who was inspired by aviator Bessie Coleman, America’s first black female licensed pilot and with whom Norman had discussed making an aviation picture. Sadly, Coleman was killed in April 1926 while practicing for an air show in Jacksonville.

A rural crime drama revolving around a pair of rival aviators, The Flying Ace illuminates the fact that many films made for African American audiences were less concerned with race than with making popular entertainment in the traditional Hollywood style. Filmed in the Arlington area of Jacksonville, Florida, The Flying Ace is a unique aviation melodrama.

In late December 2021 The Flying Ace was selected for preservation in the United States National Film Registry by the Library of Congress as being "culturally, historically, or aesthetically significant". This is a rare chance to see this real gem of American cinema on the big screen with a brand new piano score by pianist Dominic Irving.

Dominic Irving has performed as a pianist and keyboard player in a large number of concerts and theatre productions and has produced scores for projects involving the BBC Proms, the London
Mozart Players, the BBC Symphony Orchestra, the Columbus Symphony Orchestra, BBC Four, and the composers Diana Burrell and Stephen Montague.

With thanks to Film Hub South West and the Library of Congress. 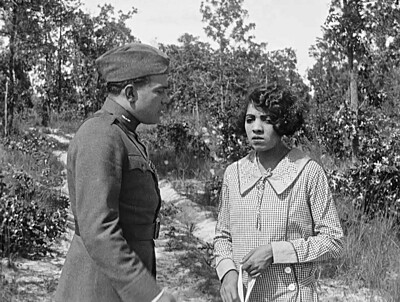