Declared the greatest film of all time at the 1958 Brussels World’s Fair and one of only two films to have appeared on all of Sight & Sound’s critics’ polls (1952–2012) Battleship Potemkin is one of the true masterpieces in the history of cinema. Widely censored as much out of fear of the perceived influence of its ideas as for any contentious material on screen the film would later be banned out right in Britain until 1954 and X-rated until 1987.

For nine decades Eisenstein's 1925 masterpiece has remained the most influential silent film of all time. South West Silents and Arnolfini are proud to present one of the true classics of cinema on the big screen in full blown high definition with live music by John Sweeney. Introduction by Dr. Mark Bould is Associate Professor of Film and Literature at UWE. 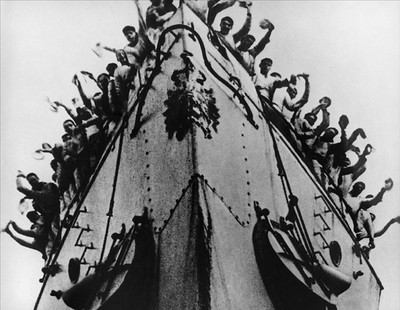