“Impossibly rare screening of a Soviet science fiction masterpiece. Known as one of the earliest feature length depictions of space travel; with a lasting influence on everything from Metropolis to Flash Gordon.”
Join the Headfirst mailinglist for recommendations.

Tormented by a cryptic wireless message from Mars, engineer Los embarks on a journey into the unknown that sees him woo the Martian queen Aelita, fiercely portrayed by iconic actress and director Yuliya Solntseva, and lead an uprising against the planet’s corrupt rulers.

This special screening is in collaboration with the Kino Klassika Foundation (https://www.kinoklassikafoundation.org/), the Klassiki Streaming Service (https://klassiki.online/), and RUSCICO (Russian Cinema Council).

Juliet Merchant (https://www.julietmerchantmusic.com/) is an emerging composer and classically trained pianist who has written for television, film and online platforms. She was signed by the label EMI in 2019, and her music can be seen on BBC, ITV and various international films. Juliet works in both classical and electronic styles that come together as an eclectic hybrid to create intriguing, powerful music. Her thrilling new score to accompany Aelita brings new life to Protazanov’s futuristic vision and was originally commissioned by the Kino Klassika Foundation in 2021.

With thanks to Film Hub South West 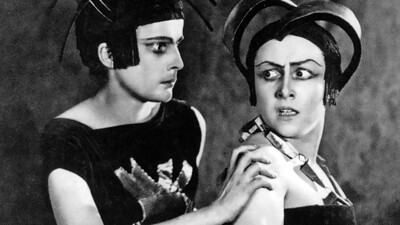