— Arnolfini
The story of how a Buddhist holy monument came to be built in Yorkshire
price: Headfirst Tickets

Writer David Lascelles and film-maker Judi Alston invite you to join them for a special event celebrating the publication of David’s Book, A Hare- Marked Moon, and the launch of Judi’s film, The Story of an English Stupa. The book and film tell the story of an extraordinary meeting of cultures, when monks from the Himalayan Kingdom of Bhutan are invited to build a Buddhist monument, a stupa, in the grounds of Harewood House in Yorkshire. 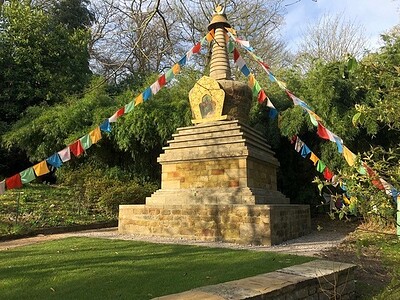