In 1980s Bristol, a group of men came together to talk about sexism. What they gained from it, how they locked women out of their ranks - and why they needed to dismantle it. In this performance, Albert Potrony brings to life the atmosphere and fierce debate between anti-sexist men and feminists of the era.

Presented by Arnolfini as part of the Still I Rise expanded programme.

This performance and re-enactment collages transcripts and academic texts highlighting theoretical and personal tensions between men attempting to challenge and change established notions of masculinity and their feminist contemporaries.

Expect strong language and sexual references as anti-sexist men are shaken out of their complacency. Come along prepared to participate and express your opinion.

This event is part of Albert Potrony's The Achilles Heel Project. The starting point is a men's group - a publishing collective of socialist men in the late 70's and 80’s aiming to create an open forum to question traditional forms of masculinity and male power.

Through excavation and re-enactment, Potrony addresses Achilles Heel by bringing to life some of the ideals and intense arguments within the anti-sexist men’s movement: arguments that have, across time, echoed and mirrored the struggle to combat sexism in wider social structures.

Still I Rise: Feminisms, Gender, Resistance - Act 3 is a large-scale exhibition of international artists, highlighting the experiences of women and celebrating their triumphs - with an expanded programme of performances, screenings, workshops and talks filling Arnolfini through Autumn 2019. 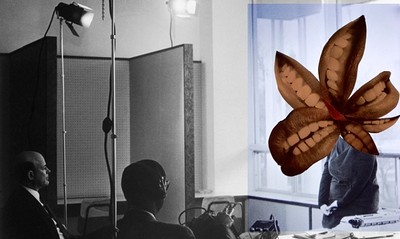