— Arnolfini
A day of creative industry talks and workshops from industry professionals in radio, videography and composition.
price: Headfirst Tickets

“Noods is the gift that keeps on giving! If you’re a creative interested in radio, videography or composition then this is an essential day of talks + workshops from senseis like Portishead’s Geoff Barrow + more.”
Join the Headfirst mailinglist for recommendations.

Gain industry insights and encourage your creative development with a day of nourishing talks and workshops from well respected professionals in radio, videography and composition.

CrossTalk is an opportunity for young creatives at any stage of their career to broaden and enhance their personal practice. Be it music composition, videography or broadcast radio, CrossTalk will cover all bases through insightful talks and workshops with leading professionals working deep in their relevant industries.

Emma Blake Morsi - Your Host
Emma Blake Morsi is an award-winning Multi-Disciplinary Arts Producer, Non-Exec Director of Rising Arts Agency, and Bristol City Council’s Culture Board member. As a Project Manager and former Marketing lead for Saffron Records, Bristol’s first womxn only record label, to former Lifestyle Assistant Editor of gal-dem, Morsi challenges approaches to inclusion and innovation in the spaces she works in, producing work that can be experienced by all but most importantly gives visibility to and engages those from marginalised groups.

Geoff Barrow - Music & Composition In Film and Media
Producer of pioneering Trip Hop band Portishead, over the years he has worked with the likes of Massive Attack, Depeche Mode and Primal Scream, as well as producing an album for both The Horrors and Anika. However, his career extends far beyond this into film composition writing original scores for Ex Machina and Black Mirror as well as more recently Annihilation and Devs. It’s fair to say Geoff’s experience in the industry is as far reaching as it is extensive.

Ashleigh Jadee - Videography
Ashleigh earned her stripes photographing artists including Skepta, JME, Wiley and Wretch 32 as well as producing content for Beats By Dre and Skepta. Alongside her work in the industry Ashleigh has over 200 hours mentoring young people and participating in panel talks to benefit the next generation, sharing her knowledge at every opportunity. More recently she stretched her director muscles working on a choreography focused music video for Sons of Kemet & Kojey Radical and directed MTV TV show That’s What She Said.

No Signal Radio
A station born out of a global crisis, No Signal began its life as a live stream of a night cancelled during the lockdown. Now, a raft of young DJs and presenters, brought together by JoJo Sonubi, serve diverse sounds of the artists in their local community with focus on supporting black DJ’s. 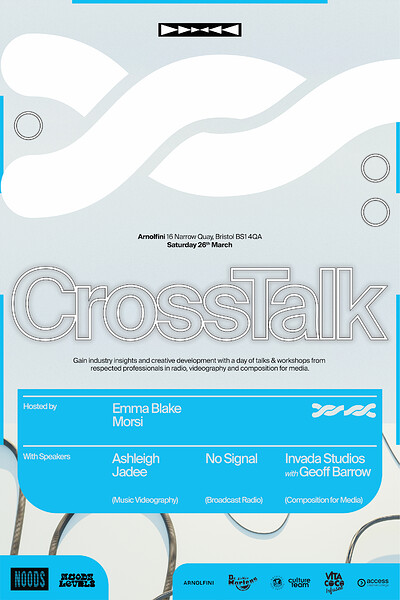