— Arnolfini
Ways To Submit invites you in to a fantasy, a game, a performance, a fight: a series of duets in which power is at work.
time:19:30
price: Headfirst Tickets

Presented by Arnolfini as part of the Still I Rise expanded programme.

“A writer and performer of rare precision” The Stage

The ways we give in, and the ways we take control. Physically, psychologically, sexually, socially. Through the body, through language, and through structures of power.

Ways To Submit invites you in to a fantasy, a game, a dialogue, a performance, a fight: a series of duets in which power is at work.

Ways To Submit tries to understand the body – and the performance space – as a site of resistance and a site of succumbing. It explores what it means to play at dominance and submission. And who has the privilege to ‘play’?
Credits

Commissioned by The Yard Theatre. Supported by Cambridge Junction and The Marlborough Theatre.
This performance contains some sexual references and content.
Still I Rise: Feminisms, Gender, Resistance - Act 3 is a large-scale exhibition of international artists, highlighting the experiences of women and celebrating their triumphs - with an expanded programme of performances, screenings, workshops and talks filling Arnolfini through Autumn 2019.
Description of the image at the top of the page: Two Figures wrestling in the space. 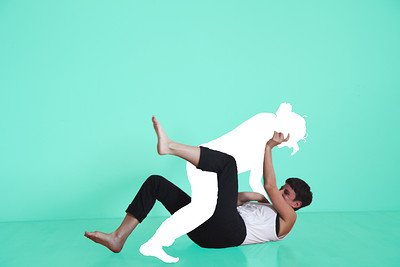