Kekoo Gandhy, cast adrift from his studies at Cambridge by the war, was sitting on Juhu beach in 1941 wondering what to do with his life. He saw a man in a car stuck in the sand and decided to help. Thus began a journey that transformed not only his own life but the artistic heritage of the city of Bombay.
Kekee Manzil: House of Art is a feature documentary that interweaves personal testimony with rare historical and 8mm family archive to tell the story of how a modern art movement was born alongside the new nation of India. Accompanied by a haunting soundtrack specially composed by Talvin Singh. 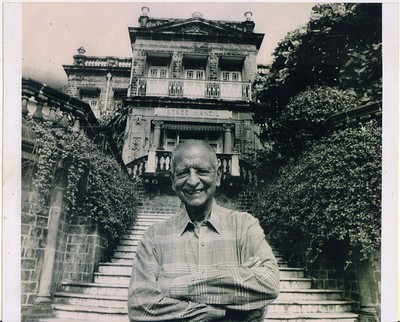