'Still I Rise: Poetry and Resistance'.

Raise the Bar presents... 'Still I Rise: Poetry and Resistance'.

"Still I Rise: Feminisms, Gender, Resistance - Act 3" is a timely exhibition focusing on the his/herstory of resistance movements and alternative forms of living from a gendered perspective. This major group exhibition looks at resistance across different times, places and scales: from the domestic sphere to large-scale uprisings. Highlighting the experiences of women and celebrating their triumphs, Still I Rise shows how the struggle for liberation is ongoing - and hard-won. At Arnolfini, Still I Rise also responds to local conversations about Bristol's legacy in the Transatlantic Slave Trade by focusing on black feminist artwork and activism. 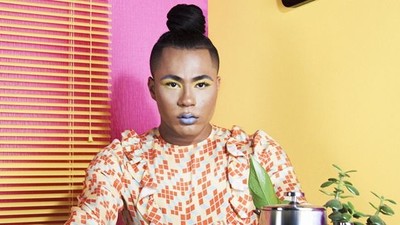