Aaron Schuman's recent work, SLANT, presents a series of bizarre, anticlimatic accounts of crimes as published in a Massachusetts newspaper between 2014-2018. Presenting these alongside quietly wry photographs taken with in the area, this tongue-in-cheek, affectionate project took on a new flavour as "fake news" and "alternative facts" spread across the mainstream following the 2016 American election.

Aaron Schuman
Schuman has authored books and essays for leading publishers including Barbican Art Gallery, The Science Museum, Aperture, University of California Press, Prestel, an MACK. He has curated exhibitions and exhibited internationally, at venues including FotoMuseum Antwerp, Museum of Contemporary Art (Krakow), Hauser & Wirth Somerset, Christie’s (New York/London), Ethnographic Museum (Krakow), ICA (London), TATE Modern (Members Room), and more. His monograph, FOLK, was cited as one of 2016’s ‘Best Photobooks’ by The Guardian and TIME, and was longlisted for the Deutsche Börse Photography Prize 2017.

Schuman’s Art In The City talk is presented as part of Document and Location’s Summer 2019 programme. The new group’s research and accompanying public programme of exhibitions, events and publishing that will investigate how our understanding of place is directly formed through how locations are recorded and subsequently narrated by different disciplines. Document and Location is a research group developed by academics from Fine Art, Photography and Architecture at The University of The West of England, Bristol, in partnership with Foreground. 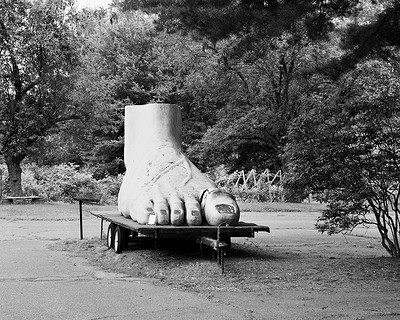