Caitlin Mae:
Caitlin Mae is a fast-emerging young artist on the country music scene with a talent for song-writing and a charismatic stage presence. Her lyrics draw on many of her own experiences that have shaped her young life and combine the emotive lyricism and truthful perspective of Taylor Swift with the edgy and energising sound of Carrie Underwood. With a desire to reach people through her music which she feels is an inspiring way to tell a story, Caitlin Mae hopes that her music will have the ability to connect with people on a deeper level, impacting them and remaining with them long after they hear the song. Described as having “a smooth voice like velvet gold”, Caitlin Mae captures her listeners with effortless vocals and silky tones.

Nia Nicholls:
Over the past two years Nia has been performing and recording in Nashville and Memphis, as well as performing at country festivals in the UK such as Buckle and Boots. In 2019 she released my single “Nervous” and it’s music video which was filmed in Memphis. The song received airplay on UK and US stations as well as radio play on BBC Introducing. Nia is a passionate, driven country music singer who is well on her way!

Platform 1:
Platform 1 are a brother and sister duo, originally from West Wales but have been based in Bristol for the last 2 years. However,due to the pandemic, they are back in West Wales for a short while to record their latest EP. Inspired by artists such as The Cranberries, Taylor Swift and Steve Earle, Platform 1 have spent time exploring different avenues of songwriting. Common themes in their earlier songs touch upon teenage relationships and angst. 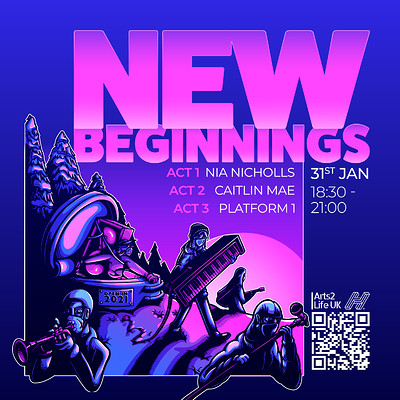