— Baskerville Hall
3 day music festival in and around a mansion near Hay-on-Wye
time:12:00
price: Headfirst Tickets

Truefest is an independent music and arts festival with a mansion, a swimming pool, hot showers, camping, hotel rooms, glamping and free parking reviewed as the "The friendliest festival in the UK" - Mpora.
Cultured Vultures wrote- "Truefest is, in essence, a 3-day long house party in a giant mansion near Hay-on-Wye in the shadow of the Brecon Beacons. It has to be seen to be believed"

Running since an amazing birthday party in 2011 we punch above our weight for a small festival of 1000 people bringing an amazing line up (see below) including great live bands, DJ's, theatre and the arts in the same grounds that launched both Green Man festival, The Big Chill and our earlier incarnation Troyfest with outdoor stages as well as ones inside the mansion which play until dawn. When the sun goes down on the amazing views of the Wye Valley and Brecon Beacons, Baskerville Hall becomes the canvas for incredible projection mapping and AV/VJ shows from Anomic Multimedia. We have great food and drink served inside a grand dining room as well as outside with vegan and vegetarian food available. If you need to relax and recover there is yoga and massage or even have a short trip down to the river Wye for some wild swimming. We always go big on fancy dress and this year's theme is Animal Magic!.

Mpora- "This party is made up entirely of awesome fun-loving folk. If you feel disenchanted by huge corporate festivals, Truefest is the exact remedy you need. During the day when we weren't lazing around in hammocks drinking cocktails, we were exploring the stunning countryside around us and swimming down the nearby river (the perfect hangover cure!). After sunset we danced to DJs and live music till 5am, before heading back to camp and watching the sun come up before bed"

This is an over 18's event and cars, camper vans and live in vehicles all have free parking.

No dogs are allowed on site except for guide dogs. 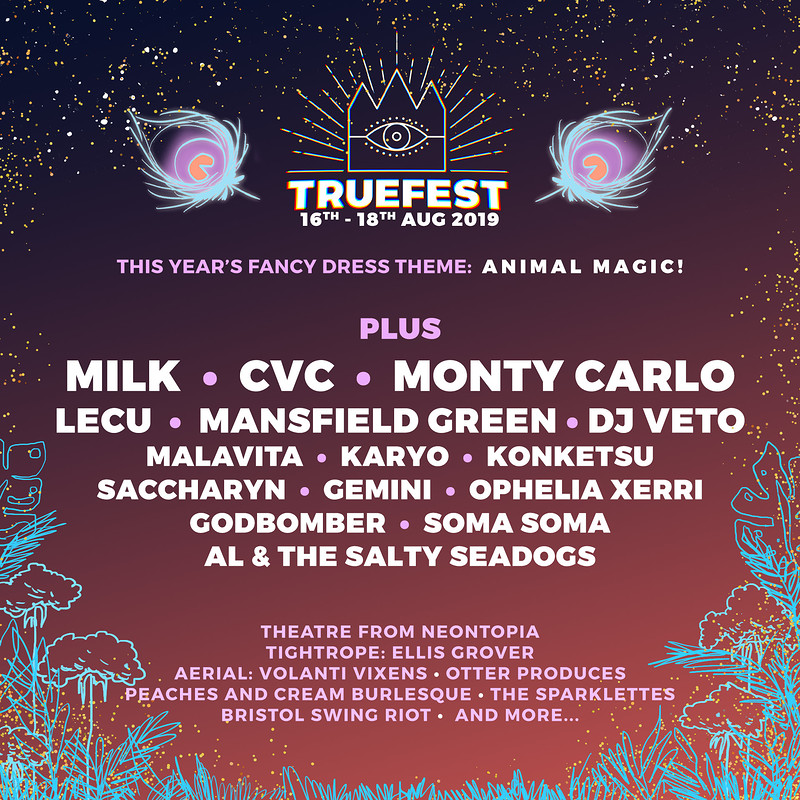 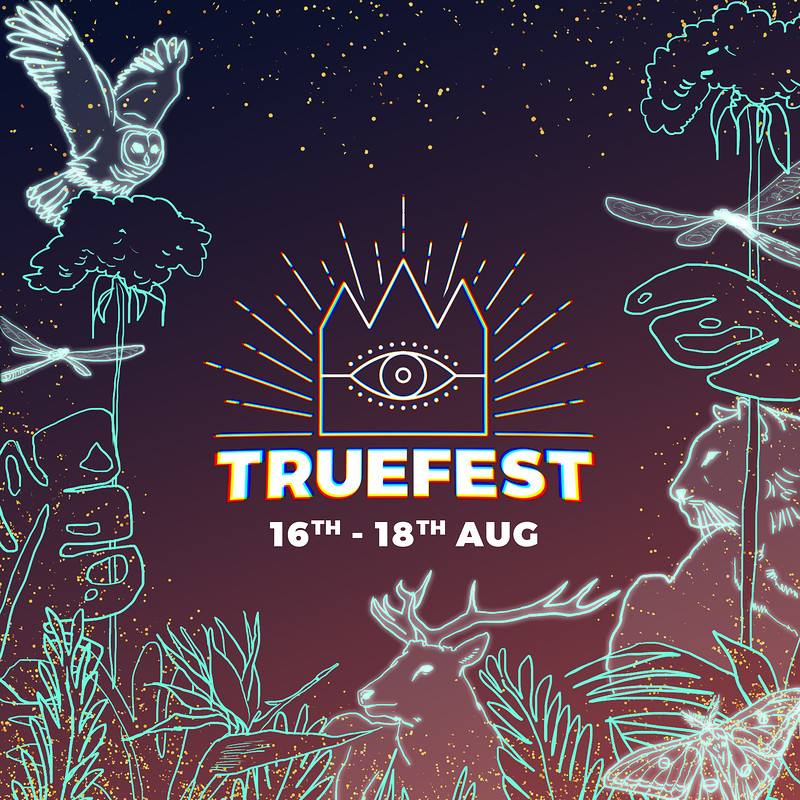 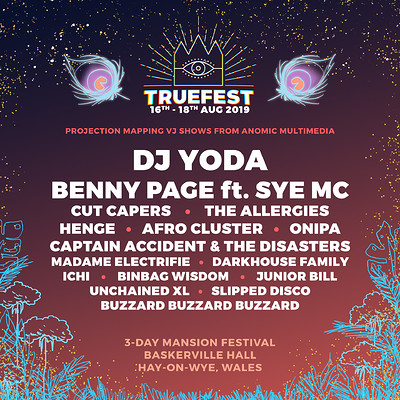