Tag your name on the event wall + click going for £2 entry before 11.

Guarantee your entry all night with a £5 ticket:

As a special treat, we are bringing two of our all-time favourite DJ’s to Blue Mountain to brighten up your February!

These two DJ’s are undoubtedly some of the most prolific artists in the world of drum and bass. Forever pushing forward the music we love with their world recognisable labels and to top it off entry is just £2 before 11!

Ray Keith is a legend in the jungle/ drum and bass scene. His love for funk and soul lead him to start DJing, and since 1989 he’s been pushing the drum and bass scene in a big way – having played all over the world for the past twenty years.

You’ll have definitely heard his production; his original tracks are undoubted classics, and he’s remixed tunes for the likes of Moby and Orbital. His label Dread Recordings has been going since 1994, and only strengthens his contribution to the scene.

Bryan Gee is recognized around the world as the label boss of legendary drum & bass imprint V Recordings and the international DJ with the trademark wide grin who has a genuine love for his job.

Still just as enthusiastic about the scene as he was when he plugged in his first soundsystem, the consummate selector and industry-savvy businessman Bryan Gee remains the drum & bass scene’s most respected, consistent ambassadors. 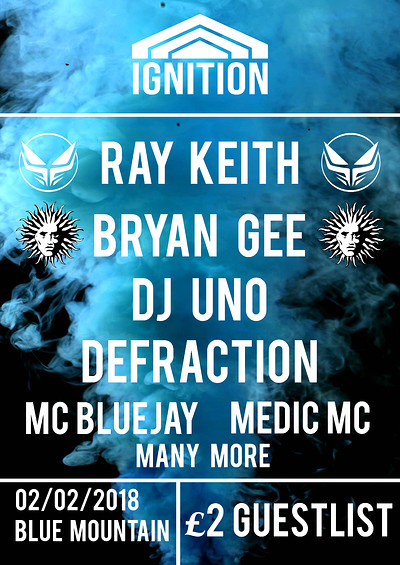