Formerly known as Merk Mikz battling in Canada's world famous rap battle league 'King Of The Dot'. Merkules has been releasing music since 2012 which saw the release of his debut album 'Canadian Bacon' which was quickly followed up by EP 'Bacon Bits'

We are very excited to have this incredible artist join us in Bristol for this one off special event. Merkules will have support from Bristol's own Wish Master, Dash Villz, B.E.Z, Habitus, DJ Billy Whizz and will be hosted by none other than Krazy (Wordlife). 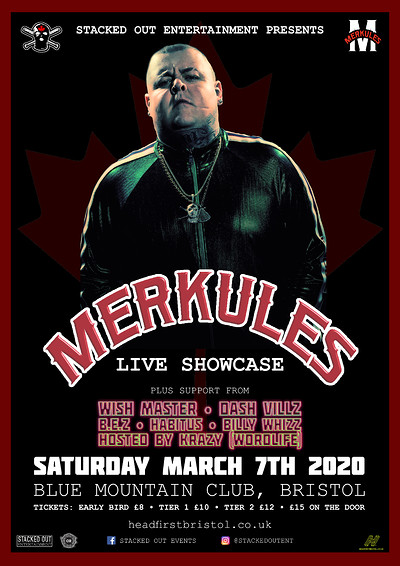