Pete Gage and Joe Wilkins Live
Pete Gage
is a musician since the mid-sixties, primarily as a blues vocalist. He also play blues piano, guitar and harmonica. Not to be confused with the other Pete Gage, from Vinegar Joe, first break was in 1967 with iconic ex-Shadows bassist Jet Harris's band, playing the British club circuit.
Joe Wilkins is an experienced session guitarist, composer and teacher. Although his roots are firmly set in Blues, Soul and Americana, the eclectic range of musical styles that he's covered throughout his own projects, and as a sideman, has earned him a reputation as a unique and diverse musician.

Joe started playing guitar at the age of 13, but it wasn't until a year later when he was introduced to the 'The Last Waltz' film featuring 'The Band', that he fell in love with music. At 15 he became a regular guest guitarist with some of the well-known local blues artists, playing in pubs and clubs around Bristol. He recalls how at one such gig he was chased out of the venue by staff after they discovered his age.

Since 2014 Joe has been writing, recording and touring internationally with the Blues and Americana fuelled singer-songwriter Elles Bailey. Joe co-wrote the title track to her debut album ‘Wildfire’ which has had well over a million streams on Spotify, was play-listed on Planet Rock for 10 weeks and received BBC Radio Two support. The album, recorded at Black Bird Studios in Nashville, saw Joe trading guitar licks with session legends Brent Mason and Chris Leuzinger, as well as playing alongside Wes Little, Mike Brignardello and storied Memphis Giant Bobby Wood.

He also features on Elles' recently released number one selling second album 'Road I Call Home', including both singles - 'Medicine Man' & 'What's The Matter With You', which have both received support from Cerys Matthews and Bob Harris on BBC Radio Two. This also led to Joe appearing live on BBC Radio London and Bob Harris' 'Under The Apple Tree' sessions. 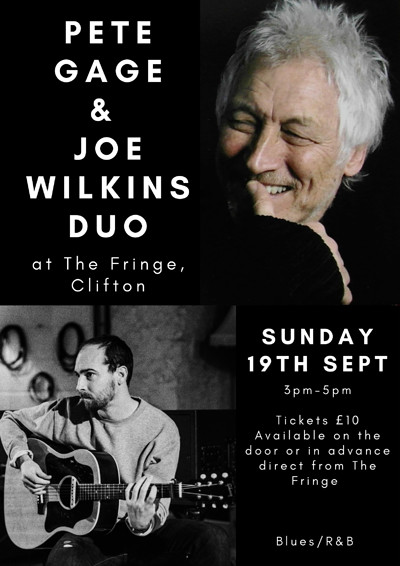