— Bristol Old Vic
Brook Tate tells his story of a young gay Jehovah's Witness coming to terms with his sexuality and finds his feet (and high heels...)
price: Pay what you can Headfirst Tickets

Birthmarked is a new concept gig written and performed by Brook Tate and his grand ol' band of pals. Using songs he has written over the last six years, Brook tells the story - his story - of a young gay Jehovah's Witness as he comes to terms with his sexuality and finds his feet (and high heels...) in a world he once believed would be destroyed at Armageddon. With original music likened to Stevie Wonder and Joni Mitchell, and alongside a whale, a paintbrush and a pair of tap shoes, he hopes to shine a light on what it means to be marked...at birth.

After a dazzling early outing of Birthmarked at The Wardrobe Ensemble’s Theatre on the Downs last summer, we’re thrilled to be part of the next stage of Birthmarked’s journey. The creative team is joined by Sally Cookson (Wonder Boy, A Monster Calls), Max Johns (Travis Alabanza’s Overflow), John O’Hara (WNO) and Chris Pirie (Green Ginger).

Best choice I could have possibly made. Such a brave and beautiful, personal story. Audience Member

I saw this show tonight and it broke my heart and put it back together again. All kinds of beautiful and bonkers and brilliant. Go see tomorrow night on the Downs - not one to miss! Audience Member

Supported by Frances and Craig Wilson and the Stage One Bursary Scheme for New Producers. Commissioned by Bristol Old Vic and developed in association with MAYK. Originally commissioned by TWE.

Brook Tate
Brook has written and composed original musical theatre - Mr Maglump and My Great Giraffe, both based on books he wrote and illustrated. He has worked closely with the Bristol Old Vic since 2017, and developed work at The Salisbury Playhouse and The National Theatre working alongside director Sally Cookson. 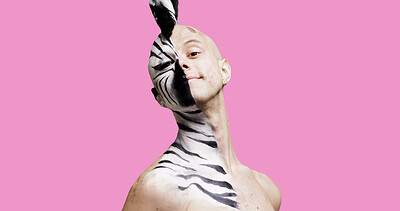