When winning means everything, loyalty means nothing.

It’s the small-time. The semi-pro. The non-league. In a world removed from the wealth and television cameras, a non-league team are struggling to make ends meet. So, when a gifted young player arrives out of nowhere, it’s the opportunity everyone’s been waiting for.

For the kit man, Yates, this brilliant player will restore the declining fortunes of the whole team. But the ambitious manager, Kidd, is determined to make him his own…

Exploring issues of trust, loyalty and conflict across generations, this is a new production starring Bristol’s Joe Sims (Broadchurch) as Kidd, with actor, screenwriter and former Bristol City FC match-day announcer David Lloyd (Maid Marian and her Merry Men) as Yates and introducing Thomas McGee in his professional stage debut as Jordan. 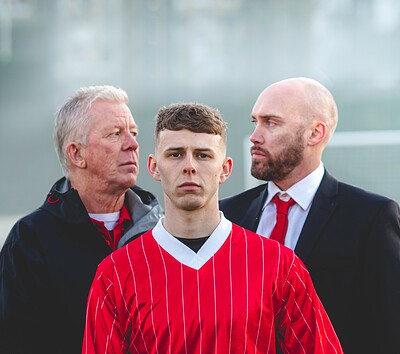