Ed learned the piano and the organ as a child from his father, before becoming a chorister and an organist in Dorset. His music career began in earnest in 1998 when his Bournemouth-based psychedelic-dub-pop band Brothers in Sound – stablemates of the legendary Beta Band on cult Parlophone subsidiary Regal Recordings – released three EPs and the album Family Is For Sharing, all of which were met with considerable critical acclaim. After Brothers in Sound’s untimely demise, Ed spent several years studying experimental music in Leicester, Montreal and York, before moving to London in 2008 and joining puppetry/animation/film company The Paper Cinema as a composer for various theatre, short films and art projects. He has played at venues including the Tate Britain, the Barbican and the National Portrait Gallery, as well as further afield at festivals in France, Denmark, Portugal, Spain and Azerbaijan.

Ed’s solo career began in 2012 with the release of the EP Unpacking My Library, which was written in response to Walter Benjamin’s essay of the same name. His second EP The Adjustable Arm drew warm response from The 405 (“delightfully bizarre”), 20 Jazz Funk Greats (“his voice reaches out in incantation to the last of us”) and No Fear of Pop (“music from a different world”).

His debut album The Uncle Sold takes its title from the 1995 Kazuo Ishiguro novel The Unconsoled, a unique and inspirational book that takes the reader on a continually evolving, dream-like journey around a non-specified city. Recorded in London at studio spaces in Dalston and Haringey, it’s a sometimes wistful, sometimes sad, sometimes uplifting and at all times surprising listen that paints a picture of a range of characters struggling for certainty in a metropolis beset by continually changing forces, be they political, personal or financial. 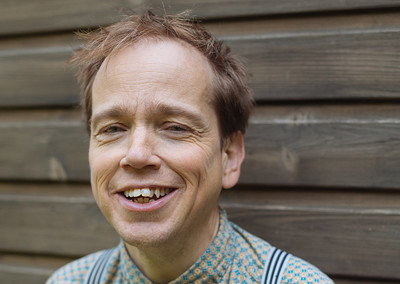