Come and celebrate Lorcán and Thomas Lobban's joint release show. Enjoy a night of ambient drone and slowcore. Falling on the quadrennial 29th of February, so you'll have to wait another four years if you miss it.

Lorcán is a Bristol based multi-instrumentalist and songwriter. Combining ambient aesthetics with electric guitar and voice, he makes songs to inspire dreamlike and sometimes dark imaginings. He has previously released electronic music as one half of LONA, as well as two ambient solo albums. Lorcán now releases his debut single Dreams.

Thomas Lobban released his third album, "Too Early/Too Late", in January 2020, which has been described as "Very cool xx". Ambient/Drone with modern-classical influences. 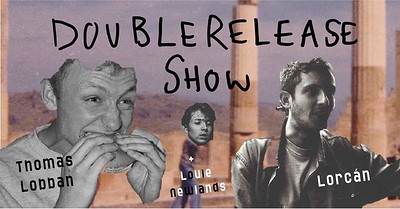