Come join us again for a night of Ambient/Experimental/Dance in the basement of Cafe Kino.

"While being best known for creating deeply immersive live psychoacoustic experiences, the London based Pataphysical have allowed us to use 'Periphera', the fruits of their debut studio work, as the label's eighth musical oblation. It would have been an excercise in futility to try and replicate the immediacy of their live performances on this record, but we feel that across these 8 disparate tracks inner worlds have been rendered real. Through the careful positioning of field recordings and the creation of soundscapes somewhat reminiscent of heyday Mille Plateau the group have held fast to a desire to craft involved and captivating synthesis."

From making music with Jabu, Sunun and the wider Young Echo crew, to soldering music machines for BugBrand, we can't wait to hear what Jas will bring to the table. Those who saw their piece 'heart' at the Young Echo Cube all-dayer will have an idea of what guest is capable of.


Adi & Woe Is Me
(Off Grid residents)

Partners in crime behind Off Grid, drifting from Illbient and Downtempo through to Dancehall, House & Dub. Fourth world outernational sounds!

Next radio show together in November! 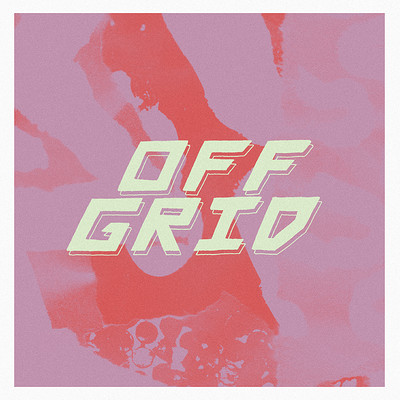