— College Green
Unfortunately we are not able to go ahead with the performance of Rallying Cry as part of Mayfest. Click for more details.
price: entry is free

Unfortunately we are not able to go ahead with the performance of Rallying Cry as part of Mayfest. We’re working with Scottee and Friends to explore ways to bring the work to Bristol in the future.

Join us for an afternoon of rabble raising, truth speak and back chat as some brilliant Bristolians tell us what they think we need to know!

Come and listen to the thoughts, feels and ambitions of members of your community as they take to the Rallying Cry podium - each speech will tell you where they are at - find out how you can play your part, how to make a difference and why you should be a part of the change they need.

Made in collaboration with four amazing participants, each with something to say and a unique experience of your city. Rallying Cry is somewhere between a TedTalk and a school assembly - you might learn something and you will be asked to clap.

Each speech is supported and encouraged by Travis Alabanza and Scottee who will help our town criers find their words and perhaps their voice.

This isn’t a protest, nor a demonstration. It’s a community meeting. These aren’t the usual activists doing the good work – these are new faces, with fresh perspectives.

For this one – you will not have the right to respond.
Sit, watch, listen and raise up.

Rallying Cry is a co-production between MAYK, HOME, Lewisham Borough of Culture and The Albany

Travis Alabanza
Travis Alabanza is a writer, performer and theatre maker. Since 2016 they have been using their art to archive trans experiences within the UK. Through theatre, their solo show Burgerz toured internationally to critical acclaim, with the Guardian readers selecting it as their top show of 2018, winning a total theatre award and being placed on over 15 university courses in the UK. Their most recent show Overflow at Bush Theatre, which was set within a women's bathroom, was called a 'future classic' by the Evening Standard.

Alabanza has also had their work featured on the BBC, Gal-Dem, Metro, Independent and given talks at over 40 Universities including Oxford, Harvard and Cambridge. Their unique perspective and amplification of queer and trans voices has had them noted on the Dazed100 List, Forbes30under30 and Evening Standard 25 most influential under 25 year olds.

Their debut Non Fiction book 'None Of The Above' will be published with Canongate in August 2022.

Scottee & Friends
Scottee is an artist and writer that proudly has no formal education, he is the Artistic Director of Scottee & Friends. Scottee & Friends was established to support and grow the work of Scottee by Executive Producer Molly Nicholson and Artistic Director Scottee, both have been working with each other since 2014 to create cabaret, circus, drag, live art, dance and theatre shows that have won awards, toured nationally and internationally and got really good reviews, babes. The company now operates as a collective of artists, producers, makers and participants creating theatre, social activism and long form community projects across the UK. Essentially they are a bunch of fat, queer, common femmes and fags who make stuff that makes you think and feel. 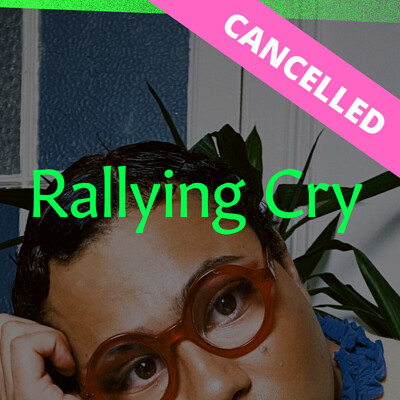