Eunice has won Unfortunately, we must once again postpone Nukuluk’s Bristol debut (and the wonderful Biped), as they are stranded out of town.

But the night will continue! We have got a stacckked line up of a percussion heavy Squid DJ set, Try Me and Quade. Much love for stepping in, we can't wait!!

If you don't fancy something a bit different, you can re-sell your tickets on Headfirst. If that fails, feel free to email us tomorrow for a refund at spinnynightsltd@gmail.com 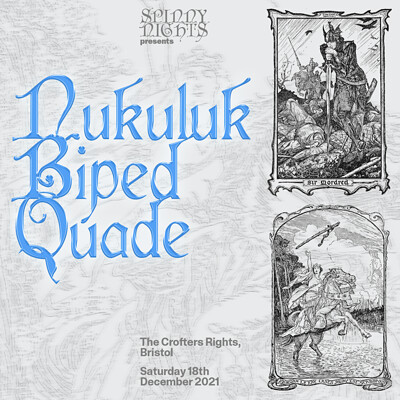