The life of a solo singer-songwriter can be lonely by nature, but Canadian JUNO Award-winning Halifax, NS-based Rose Cousins believes that it doesn’t always have to be that way.

Indeed, it’s no small feat to stand alone on a stage and create an instant community out of a room full of strangers, but this is Rose’s secret weapon. With her four full-length albums and more than a decade of touring, Cousins has mastered this by employing her sharp, wry humour and candid honesty to pull the audience through the fourth wall.

“In my work, I seek connection,” she explains. “Sharing the stage is about connecting with who's there and sharing that connection with the audience. It creates an experience, a memory.”

She frequently brings her openers onstage to collaborate and has been known to wrangle more than a dozen other players for a comprehensive chorus during festival performances. Regardless of how many people take the stage with her, by the end of a Rose Cousins performance, all those present are linked—a group of strangers who came together in a room for one night, who were moved by the same stark moments in her deeply emotional, stirring songs.

Paper Beat Scissors is Montreal's dislocated-Brit Tim Crabtree. Over the last 10 years Crabtree's "ethereal" voice (NOW, Toronto) "that never fails to cut through and take hold" (CBC), tied to a dynamic and off-kilter approach to arrangement, has built a dedicated audience on both sides of the Atlantic. In the studio Crabtree has worked with the cream of the Canadian crop including members of Arcade Fire, and has shared the stage with Sun Kil Moon, Martha Wainwright and Dan Mangan amongst many others. The new album, Parallel Line, mixed by Sandro Perri and Dean Nelson (Beck) will be released September 13 on Forward Music Group and SEAYOU. 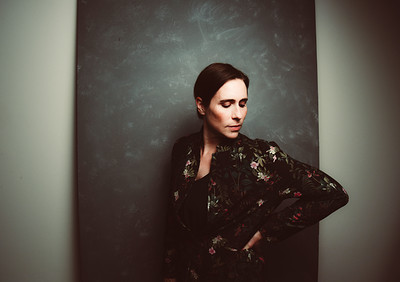