We are very excited to announce that our first single 'Make You Laugh' will be released on the 21st of September! We will be hosting a single launch at The Crofters Rights with support from Beefywink and Corvid. Get there early and be prepared to do some moshing!
Tickets are £4 ADV / £5 OTD

DROOGS are a three-piece band from Bristol formed in 2017 comprising of Joe Harding (vocals and guitar), Ben Fisher (bass) and Sam Taylor (drums) They play violent and irreverent, bass-driven Punk which draws inspiration from The Fat White Family, John Cooper Clarke and The Damned.

Adolescent rhythm section Sam and Ben met as kids and spent the majority of secondary school barricading themselves in the music department lying in wait for the perfect front person. At the age of 16, they found labourer Joe and shoved a microphone in front of him to capture his vulgar and ridiculous rants which encapsulate the sheer futility and boredom of every day, working life. Their unique sound has been described as Slacker Punk and Art Punk.

Come to the show and visit hell.
Leave again with a story to tell! 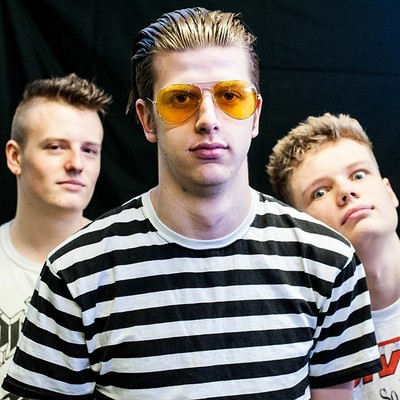