We are so ridiculously excited to be bringing the incredible She Makes War to Punka!!
She Makes War will be joined by two amazing bands known as Fey Militia and The Empty Page! The gig will be hosted by legendary Bristol draq queen/burlesque sensation Dis Charge.

Shaping her world through music and visuals, She Makes War has always created on her terms. Whether filming videos, recording podcasts, speaking at events, delivering one-woman storytelling shows, collaborating with friends and supporting other musicians through her live nights “Breakfast with Apollo”, recording guest vocals on The Levellers’ 30th anniversary album or taking part in a British Council cultural exchange in Indonesia, She Makes War is more than just music – it’s a whole package of personality which offers a candid portal into her unique world.

Released on her own imprint My Big Sister recordings, Brace for Impact is the third SMW record to have been entirely funded through a PledgeMusic campaign. It shot into the top 10 albums trending worldwide and saw fans coming out in the thousands to support her vision. “I’ve never wanted to wait around for the old guard to validate and endorse me – my whole career has been about making the art I want to and finding a way to get it to people.” It’s without doubt Brace for Impact will offer a hand and take care of business as any strong sibling should. “I’m here to share my stories and show my audience I hear and see them too. It’s human nature, to want to know you’re not alone.”

"The Pixies do Britpop...kinda... and the results are pretty magnificent!" - LOUDER THAN WAR

Like most things, The Empty Page began life in a cold, damp warehouse in the North of England. They smile a lot, play noisy music with massive hooks, have recorded with legendary producer, Gggarth, been played by Steve Lamacq on 6 music, and Jim has 6 entries in Viz's profanisaurus. Not that they want to boast.

Fey Militia are a four-piece band inspired by the likes of Wolf Alice, Blondie, Fleetwood Mac, Siouxsie and the Banshees, The Breeders, and The Cranberries.

After spending many a year practising in basements, bedrooms, and bathrooms, Fey Militia have emerged, glass of red in hand, to present their take on indie alt-pop with their debut EP, Mabel, which was released on the 20th April 2019.

The nightmare of drag, international burlesque sensation and qween of the creeple Miss Dis Charge will be hosting this gig. Dis Charge is one of Bristol's favourite drag talents and an electrifying host. They will be performing during the show and have your eyes glued to them from the second they arrive.

You're not ready for this gig.

It's gonna blow you away! 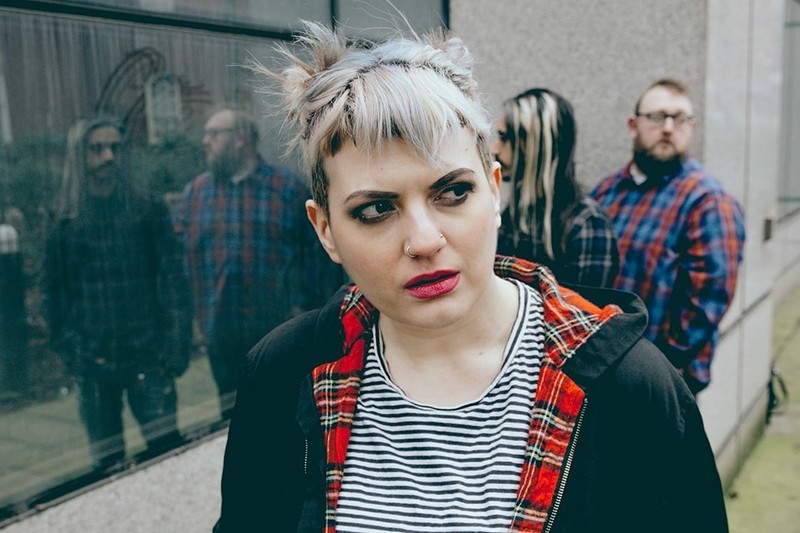 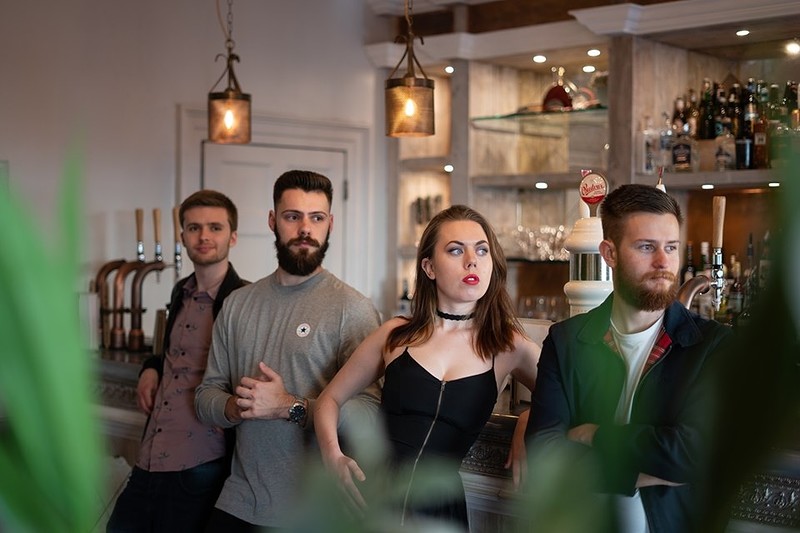 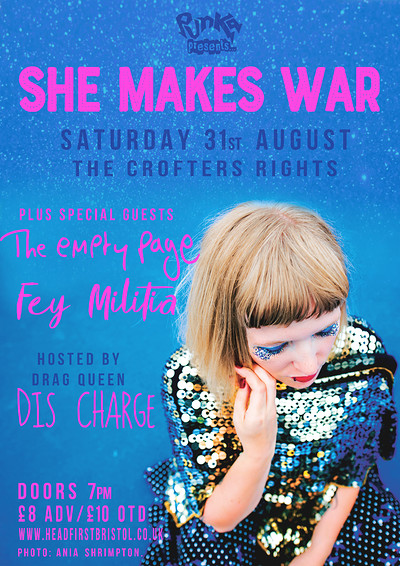