18+ event.
--
It is sometimes off-putting when a band flaunts a naughty word, from the outset, in their very name. It can suggest they are vying a little too hard for attention and infamy, like desperate punkers Fuckshovel, the appropriate response being that meme of David Brent going, "Ooh, you're hard." And yet, every now and then, there comes an act that can truly back up the use of a good old expletive. They prove themselves the real deal, if you like. Early Butthole Surfers, for instance, whose name was taken by the great John Peel to be a reassuring badge of integrity. As Peel wrote in a 1987 Observer column, the noise-rockers' bawdy moniker suggested they were "not one of those bands hoping for a fun-run on the underground scene before exploding into big pop". Peel did not anticipate the Buttholes' Beck-ish hit single 'Pepper'. We are still awaiting Shit And Shine's equivalent ditty. As Craig Clouse tells us, it's not for want of trying that his project has never scored a lucrative crossover smash. "Shit, are you kidding?! I've been trying my whole life. I just don't have it in me. I would fucking love to write something that sold more than 500 copies on vinyl. Butthole Surfers are smart. I play in a band with one of them [King Coffey] here in Austin, Texas, called USA/MEXICO. He’s as sharp as sharp can be. They simply decided it was time to write a hit, and did just that. I'm too stupid to make that happen."

Big pop may not be Craig Clouse's forte. Even so, he's still managed to dabble in more styles than Picasso's favourite paintbrush. People sometimes file Shit And Shine under "noise rock" which is understandable because it is, objectively speaking, THE BEST GENRE. Such pigeonholing does a huge disservice in this case, however, seeing as Shit And Shine have released everything from heavy metal perversion pieces to pounding and shiny techno. 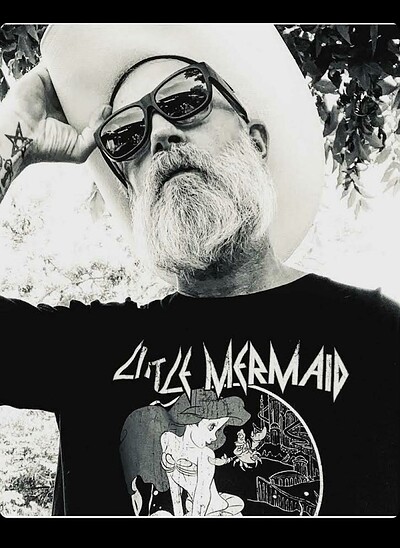