The Telescopes emerged in the late 80s and alongside Loop, Spacemen 3 and The Jesus and Mary Chain. They have been hugely influential in experimental, drone, noise, dream & psych rock.

This year they celebrate the 30th anniversary of their groundbreaking debut 'Taste' with a new edition on Fuzz Club including sleeve notes and unseen photos. There's also a documentary out there which was previewed at this year's Eindhoven Psych Fest.

This year the band have also released their 11th album 'Exploding Head Syndrome' on Tapete Records.
"Exploding Head Syndrome is a snapping into consciousness, a synaptic charge of analogue dissonance saturated through a complex undercurrent of pulsing minimalism, profound in its simplicity."

As a live act they retain their confrontational sound and attitude as they invite us into their sonic universe - an amazing opportunity for old and new fans alike. 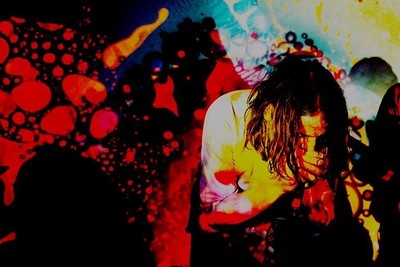