— Crofters Rights
Duckland returns for their second garage & breaks special, bringing down some of the most exciting up and coming djs in the the local scene
price: Headfirst Tickets

After selling out our first Crofter's event we're back in September for round 2 with another night of UK Garage, Breaks and more! Joining us are some of our favourite up and comers in the Bristol scene, spanning a wide range of flavours and styles across the 130-140bpm spectrum. Sure to be another night to remember, grab your tickets now x

Paladin - Since his last appearance for Duckland at one of our sit down sessions, emerging talent Paladin has been doing bits, releasing garage/pop hybrid banger ‘toxic’ alongside a huge support set for Skepsis’ exclusive Bristol party back in July. Now we’re all allowed to stand up and dance expect some serious heat from this set.

Oppidan - With the new school UKG scene ever growing, Oppidan is arguably one of the most exciting producers riding the current wave of the genre with her upbeat and melodic 2 step sound. 2021 has seen her continue to make a name for herself in a big way, releasing both ‘Tempations’ and her remix of Sammy Virji’s anthem ‘Oh Will’ on Kiwi Rekords, alongside tunes on Night Bass, Steppers Club and Beastwang. If nukg is your thing you won’t want to miss this.

SSSLIP - With Slippery Sounds ever growing as a label with new releases delving into numerous underground electronic genres and disciplines, founder SSSLIP joins us once again, b2b with a special guest. Expect label releases, original productions and plenty of dubs.

Belters - Despite only being founded at the start of the year Belters is already looking set to make a big mark on the Bristol scene. With a slick multi genre mix series already and a debut V/A with tunes from Longeez, Joe Koshin and more, the young label have already proved they’re one to watch. They’ll be kicking off the night with their first ever takeover set! 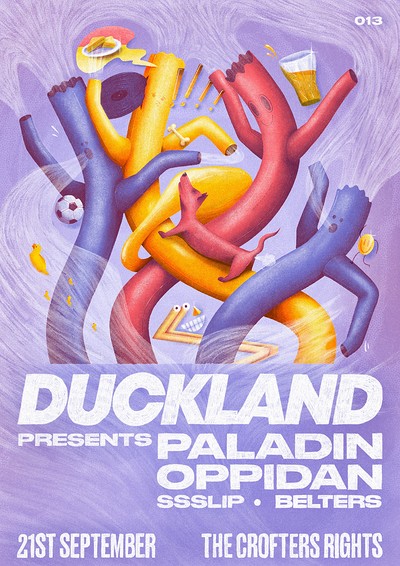