Right In Front Of You Proudly Presents...

"It's about a boy learning to cope, to be happy in a world that feels like it's on fire. We're tryna be optimistic for once. Sorta."

Tebi Rex know a bit about a world that feels like it’s on fire. Like the majority of their peers in the music industry, plans for eighteen months had to be moved, adapted or abandoned. Instead of making their US debut at SxSW in 2020 they went into the studio and recorded the Brackets EP. Instead of taking their acclaimed live performance to some of the industry’s most prestigious showcase festivals, they appeared online at The Great Escape, Ireland Music Week, ESNS and SxSW. The path to the release of their second album, however, has never wavered.

As with their Greek mythology based 2019 debut The Young Will Eat The Old, It’s Gonna Be Okay is an album that reveals an intriguing narrative across its eleven chapters. The four singles already released in 2021 have hinted at what’s to come – hope, despair, passion, rage, a talking tree – but now the full story is ready to be revealed. Featuring some of the band’s darkest, most aggressive songs alongside moments in the alternative pop sunshine, the record tackles life in modern Ireland, politics, the Irish language, racism, death, anxiety, austerity, social media and a moment of clarity on a rainy Dublin evening. Veering from the belief that it indeed will be alright in the end to the exact opposite, the album comes to some sort of conclusion. Whether you agree is up to you.

The run up to the album release saw the band receive praise from the likes of The Link Up, Earmilk, Music Crowns, I Am Hip-Hop, The Line Of Best and Mystic Sons as well as a short run of UK gigs supporting Pan Amsterdam alongside a debut London show at The Old Blue Last. Following a Nov 2020 Dublin headliner they will be back for the Happy To Be Here tour, taking in 12 dates from Glasgow to Brighton.

“Sometimes you have no-one to talk to so you make one up. Maybe that’s what you did. You made me up” - A Tree 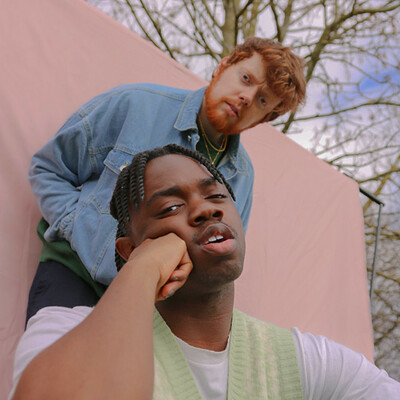