Expect the finest minimal drums & nasty bass with plans to completely dec out the back room with a multitude of ominous decorations, come and see what goes on at an Exodus Ritual, with the first 100 getting a free masquerade mask

Having sold out at our past three three events we predict this to do the same, buy tickets early to avoid disappointment.

Having released on the of likes of Flex Out Audio & Horizons Music through their work for Renegade Hardware, Diffrent, and of course Dispatch, James has carved a well earned reputation for his crisp tech-edged beats with both depth and heft, providing the heaviest minimal drums and screw face bass. It’s obvious both from his music and Cranium Sessions podcasts that he knows his D&B history, though it’s worth noting that they’re informed by it rather than shackled to it.
Objectiv

Following a sporadic handful of singles since he emerged on the drum and bass scene back in 2017, Objectiv has released his first solo EP on minimal powerhouse Flexout Audio, something he has described as ‘a dream come true.’
With a focus on explorative bass sound design and heavy-hitting drum work, he’s previously notched up releases for the likes of Addictive Behaviour and Lifestyle Music. More recently, we’ve seen his Peckyard single come out on exciting new label Bowlcut Beats featuring a serious remix from T>I, which only further enhanced Objectiv’s reputation as one of the most exciting young heads in the scene.
Chamba

Hailing from Birmingham and residing in Cheltenham, Chamba aims to infuse soulful and warming tones with his vice for the deep, dark and dirty, delving into drum and bass & 140 and has just released his wicked debut single on Sub:Edit records. 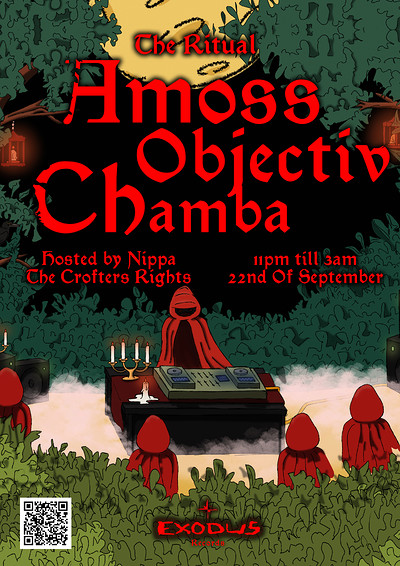