THE BRUNSWICK IS BACK.

Come down to Dawkins Brewery Easton, and rejoice in the launch of the latest Brunswick Club project: TBC Editions.
8 til l8.

TBC EDITIONS is a new label releasing limited-edition runs of work by artists involved with THE BRUNSWICK CLUB; a community of artists, musicians, filmmakers and performers. Taking maximum care over production and collaboration on each release. TBC EDITIONS functions to document, sustain and distribute the output of artists involved in the collective of collectives - keeping the spirit of The Brunswick Club alive.

Cheap ales and Editions for sale.

VIRIDIAN ENSEMBLE
Viridian are an interdisciplinary ensemble, who advocate for women in the experimental arts from eclectic specialisms and backgrounds. Inspired by the vanguards of feminist free improvisation such as Les Diaboliques & Feminist Improv Group, as well as 16mm expanded film, Viridian is an ethereal amalgam of image, voice, cello, double bass and percussion, which re-imagines folkloric forms and tropes of femininity. Dissociative states, keening, and the supernatural inspirit the ensemble. Each performance evokes utterances, nonsensical languages, and trans-species forms of communication through collective rhythm, tone, and resonance.

COPPER COIMS
When two twos come together they make a four. The four have been sitting for unknown periods of time in micro-herbal infused sessions of cultivation and repolarisation. They invite you to join them in in search of unknown species of flora in the isles of interplanetary garden centres.

BOKEH EDWARDS
Property Developers Are Reptiles is an early proto-design from BKV Industrial (the graphics arm of Bokeh Versions and Avon Terror Corps). Re-purposed for maximum 2019 visibility while Avon is carved up by this new world order of 'local investment opportunities', 'environmental officers' and dirty dirty brick and mortar deals done way cheap (behind locked doors in ivory towers). Printed by BKV Industrial and EC Ryder on highly desirable safety green tees (there is a global stock shortage of these at the moment) - prototypes have received awkward roadside glances from men in suits (not guaranteed).

VICKY SMITH (w live score)
Vicky Smith has been practicing experimental animation for 25 years. In her work over the last 8 years the film camera is bypassed for a set of inscriptions made directly onto film stock through physical contact - using the entire body as a mark-making instrument.

TAP SEW
A high drama duet of sewing machine and tap dance. Scissors on thread; needle through cotton; metal via body on floor. The sounds of the machine and tones of the floor played out in tap, creating pace, tempo and rhythm in repetition and unification.

JO-HA-KYU
Jo-ha-kyū is a performance-based on Yokai (shapeshifting ghosts or spirits) in Japanese folklore. Using visuals, drum triggers, hand made instruments and masks this performance guides you through the concept of Jo-ha-kyu and embodies well know characters from traditional folklore such as Obake, Tengu, Kappa and Rokurokubi. 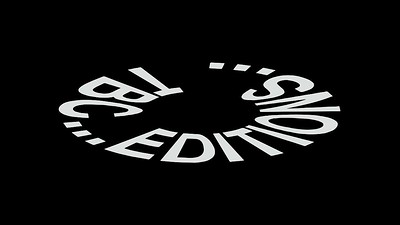