Tom Jenkins is the singer and frontman in Xtra Mile alumni Straight Lines - Who released his debut album in September. To support this album Tom is making a brief UK jaunt, full band and will finish the tour in Bristol at the newly opened basement venue at The Exchange.

Support for the tour is Elijah Ford, son of Marc Ford of the Counting Crows. This is a stella line up of fantastic musicians, and a great show to celebrate this new space. 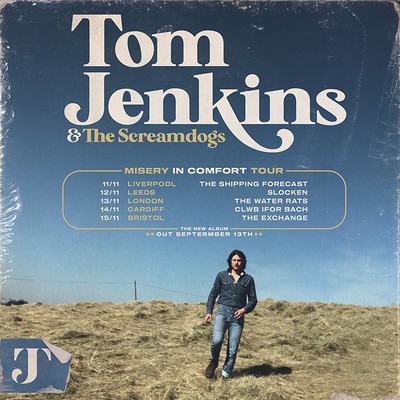