"Sprung from the downtown No Wave scene, Ut (Nina Canal, Jacqui Ham and Sally Young) originated in New York City in December 1978. The band were joined briefly by filmmaker Karen Achenbach in 1979 before resuming as a three-piece and migrating to London in 1981."

Here they made two albums at Cold Storage, recorded by Charles Bullen and Tim Hodgkinson. They toured with the Fall and The Birthday Party, were admired by John Peel, recorded with Albini in '89, frequently name-dropped by Sonic Youth...prettttttty, pretty cool gals.
_______________________ 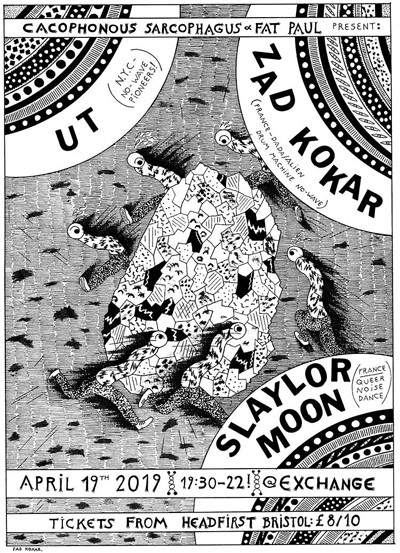