TFA (formerly The Following Announcement) is an English pop punk band from Bristol, United Kingdom. Formed in 2006 the pop punk trio released the album "In Secret Places" which gave us fan favourites like "BRB" and "Keeper". After touring the album both here and in the USA the band quickly hit the studio again in 2010 and released the single "Jenny", giving the band its biggest hit so far. From sell out tours to being renowned for their energetic live performances, TFA are widely recognised for their fast and energetic pop punk music.

After a 4 year hiatus the band have returned to their hometown for their only summer show for an end of summer pop punk extravaganza and let's celebrate the official end to summer in style. The best bit is... it's FREE! 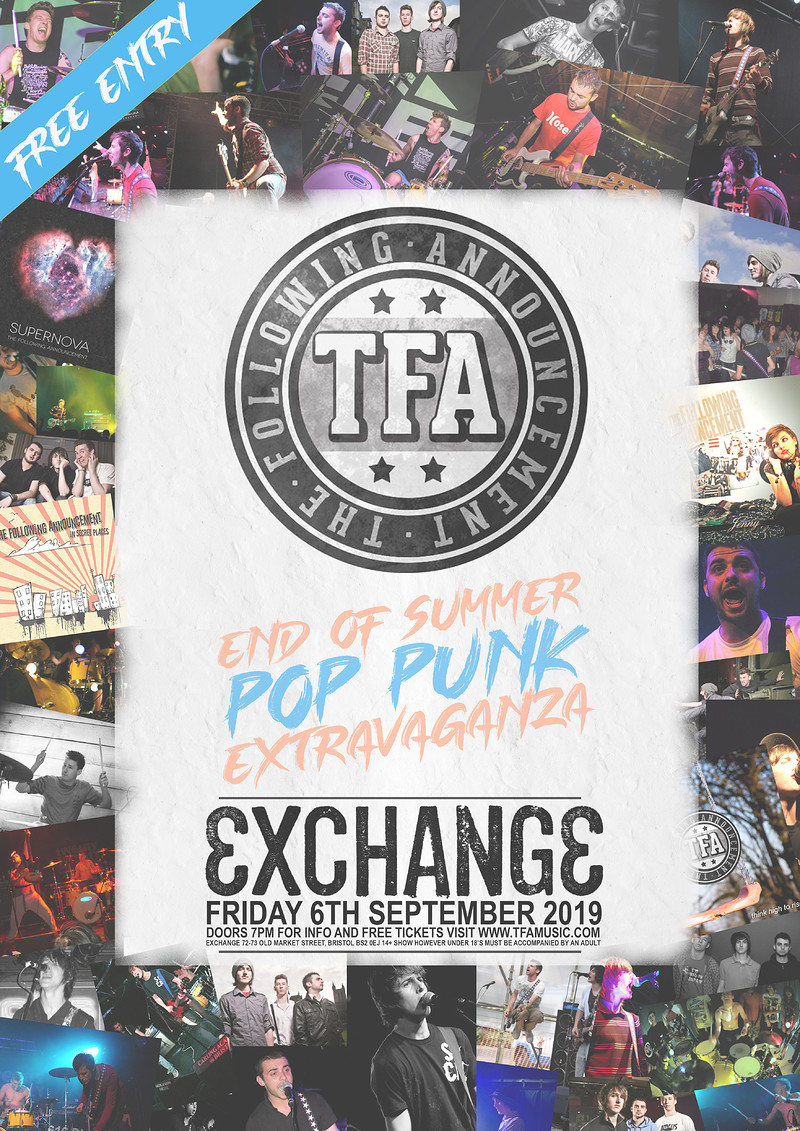 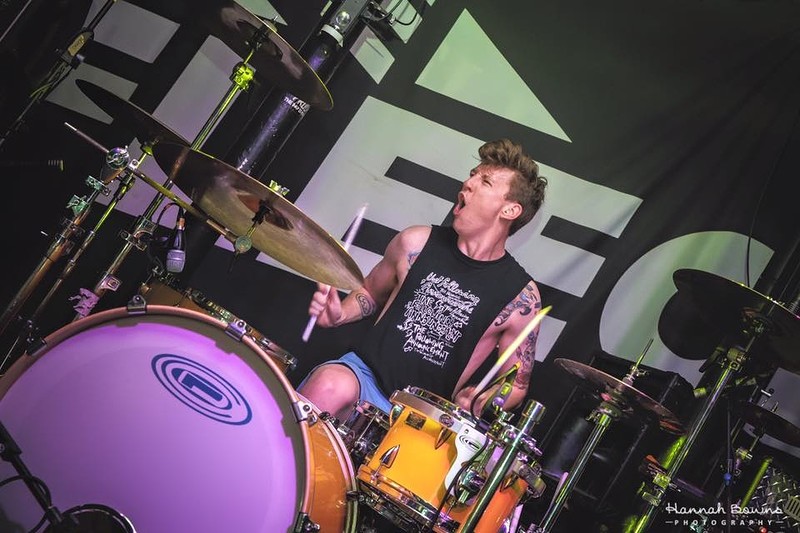 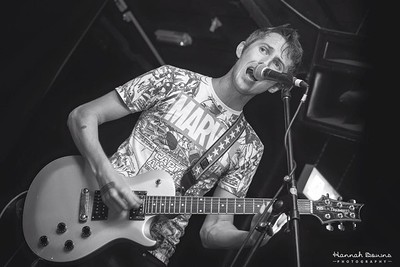