Infamous for our continuous 16 hour mega rave, don’t think we wouldn’t leave you without an afters. Eminent and Sounds & Silences UK team up to bring you arguably the hottest name in the Bristol dance music scene right now.

Dr Dubplate and the UK’s new underground run synonymously. Be it viral moments during DJ sets with his close-knit compadres or breaking down barriers for the new generation with his label ec2a, the Dr is on the pulse of the lot.

Established in 2020, ec2a was born, a more personal project referencing his inspirations and upbringing. Emerging during the height of the new UK Garage scene, Yanis’s debut as Dr Dubplate soon followed. Bristol party HighRise, the first to provide an opportunity, vital during the sit-down days, in the city that he resides. With label and DJ projects running side by side, an underground following quickly formed, leading to bookings up and down the country when clubs re-opened, and arguably a breakthrough year in 2021.

Yanis’s musical taste runs deep. His rich musical upbringing influencing both his listening and DJ sets. Expect a Dr Dubplate set to fully reflect his character; a positive influence/outspoken combo which makes for a no holds barred, multi-genre taste with gun fingers and hype the blueprint. Gil Scott Heron to Kwengface, Dubstep to UK Funky and Trap. 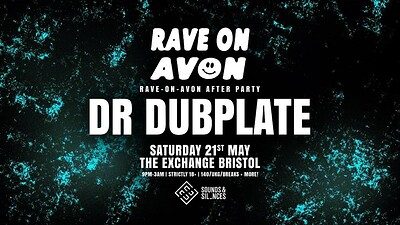